When I started training HS athletes in the mid 90s and early 2000s, they showed up capable and ready to go. They were able to perform the calisthenics quite well. They were tough. They had muscle on their frame and looked like they were capable of performing in athletics.

A few years later, the new breed of high school athlete began to show up.

This athlete was lacking muscle, was struggling on push ups, unable to perform 1 pull up, the bodyweight squat broke them down - ankles collapsed, back hunched over and hips too tight to get to parallel.

A few years later we began to see the struggle on an even greater level. The high school athlete had man boobs, his physique was that of the 20 and 30 something year olds who spend excess time in the local bar crushing potato chips and beers. 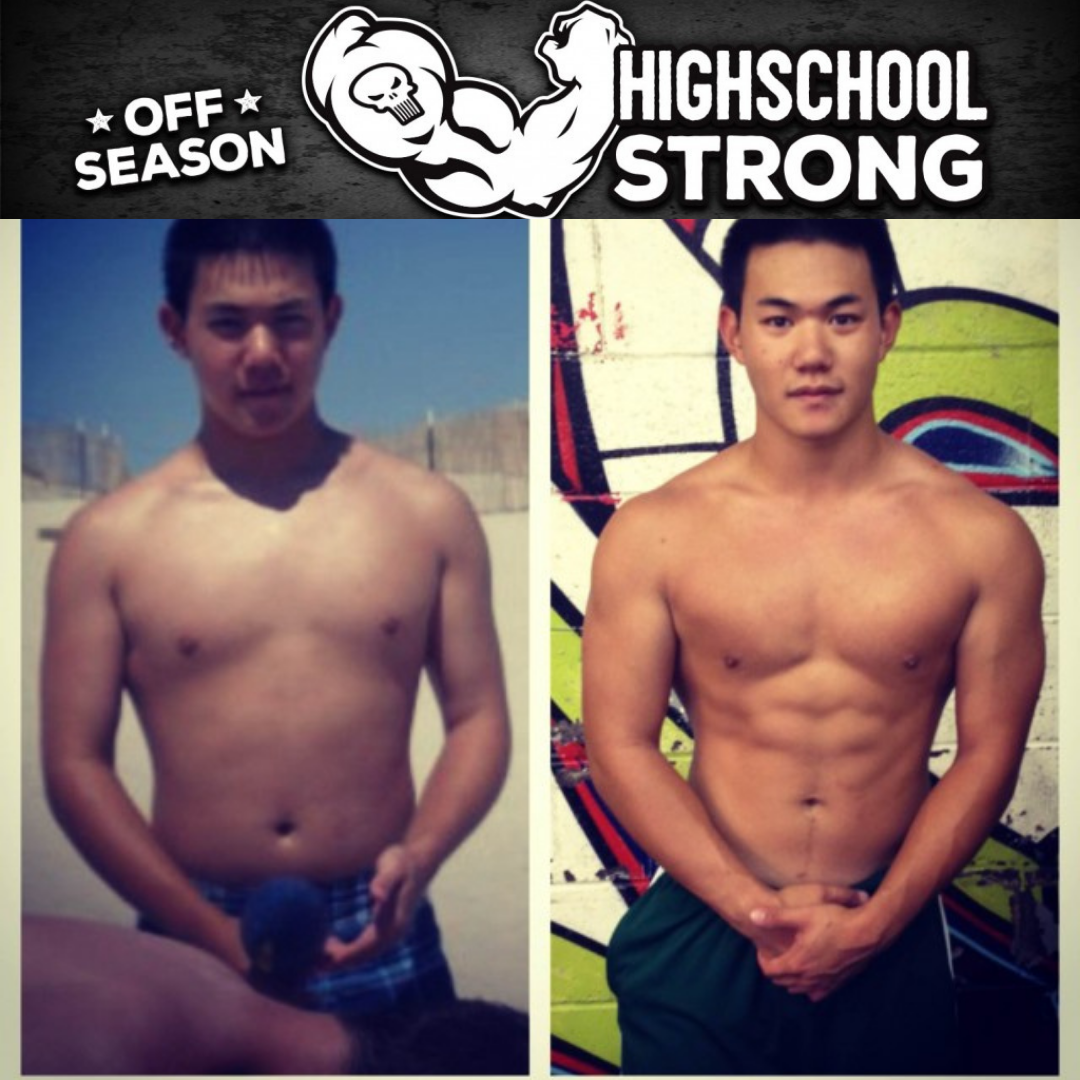 That's right. It's NOT as simple as you think because too many coaches are making it more complicated than it has to be.

High School Athletes need a program that builds a foundation. They need strength, coordination, athleticism, an aerobic base and a body that is CAPABLE of not just competing, but being durable to withstand a full season of practice and competition.

The more capable the high school athlete becomes, the more durable / less likely to be injured he / she will become and  of course, he / she will achieve more success.

I created 'High School STRONG to give you, The Coach or Parent, the blueprint to make it happen. It takes WORK, both IN and OUT of the weight room. I understand everyone is "grinding" and "Doing Work, Yo" but we will approach this process with a "real world" mentality.

The 16 Week High School STRONG program Will take beginners in the weight room and transform them into Stronger, Tougher, More Explosive Athletes.

The first month of programming CAN be repeated several times for incoming 8th & 9th graders and inexperienced 9th grade lifters if need be. That being said, I've worked with 16-17 yr old high school athletes who have been maxing out on the Squat, Bench and Power Clean yet they can not perform proper push ups, bodyweight squats, lunges, pull ups, etc.

This is a 16 week progressive Physical Preparation Program for High School Athletes of ALL sports.

After all, are there ANY athletes who would NOT benefit from being Stronger, Tougher, More Explosive and Faster?

The Truth is, They can ALL benefit.

They NEED to be stronger, tougher & faster.

This program, like ALL of my programs is based on RESULTS and having tested what works since 2002, training several thousand high school athletes since then, you can trust that I am delivering to you exactly what works.

The Equipment Required Is The Basics That ALL High School Weight Rooms Have:

- Sleds (You can make your own sleds from old tires if need be!)

The Coach or Athlete is Encouraged to Have a Sled or Make a Sled from A Tire.

This program has been tested and proven on high school and collegiate athletes at the high school I coach at as well as The Underground Strength Gym of NJ since 2002.

Those who followed through and were dedicated reaped the rewards and developed a superior physical AND mental edge over their competition.

Now, it's YOUR turn. The time is NOW.

Being weak, slow and lacking confidence is crushing your success as an athlete.

If you're a Coach, if all else remains the same and you get your team following The High School STRONG Program, they will be agile, mobile and hostile.

STOP Guessing what to do and simply follow the Proven Blueprint on what it takes to build HAMMERS in any sport.

Follow The High School STRONG Program and go ALL in on Your Preparation to Dominate the Competition.

Your competition will wish you never found this training program.