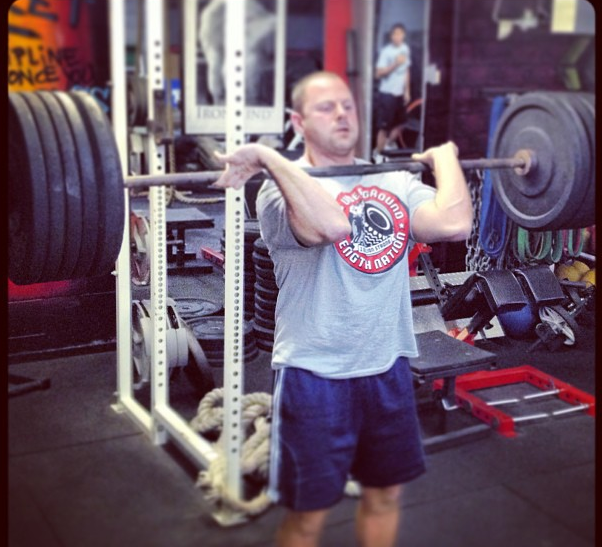 One of the toughest Olympic Lifting exercises for me to learn (STILL learning, ALWAYS learning!) was the power clean.

Some of my problems were common problems for other aspiring Olympic Lifters as well:

- My wrists were extremely tight

- My shoulders and lats lacked mobility 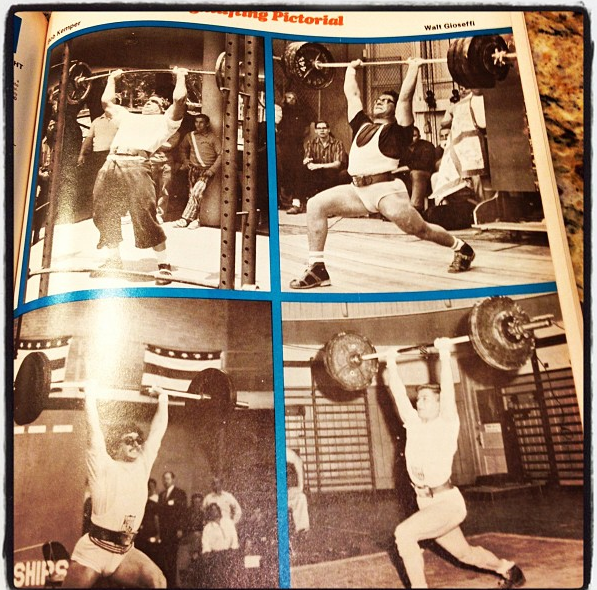 Somewhere along the way, amidst the world of the internets, Coaches began talking about the debate of Powerlifting vs Olympic Lifting. It was always how one was better than the other and that the 2 could not exist under the same training program.

The arguments against the Olympic Lifts were things like:

- They are too complicated to teach / learn

- There are easier ways / faster ways to develop explosive power

- The Olympic Lifts don't start with an explosive movement

- You are dipping under the bar at maximal poundages, not truly lifting the bar

The debate was ongoing and still is.

I am speaking from my experience as to why I personally use them for myself and how / when to apply the olympic lifts with athletes. I have addressed my thoughts on implementing the Olympic Lifts with athletes, especially those I train, where 75% only train with us 2 x week as the other days they are either competing or attending a club / league that trains sports skill and competition year round.

The time available to implementing the Olympic Lifts with them at an early stage is not a priority with how weak they are in basics of bodyweight training, powerlifting, etc. To get their performance to increase quickly I use quick lifts with dumbbells & kettlebells, jumps, sprints and throws to develop speed and athleticism.

I digress..... Back to learning the Power Clean.

Here are some important tips for you to implement coming from my man, Wil Fleming, creator of Complete Olympic Lifting.

Check out these 5 Tips & Videos to improve your technique in the Power Clean:

Tip # 1: Start Position: For some reason people try to get way over the bar. Sometimes going so far as to get in a position where their torso is parallel to the ground. This is a big time mistake. The torso should be about 30-35 degrees when you come off the floor and again when you pass the knee. Make sure your arms are straight down to the bar when you are on the floor, not inclined back. The only exception to this is if you are a very tall lifter.

Tip # 2: Bar Path: If people don't get the start position wrong the bar path is typically where people have problems. From the floor the bar needs to "sweep" into the body. It should continue this gradual sweep until the hips are fully extended and the 2nd pull is complete. Only at that point will the bar move away from the body, this is the classic S pull.

Tip # 3: Tight Lifter Barbell System: If you do the first 2 things correctly this won't be an issue, but when at rest on the ground the bar and the lifter have 2 separate centers of mass. Once the bar breaks from the ground you have one center of mass, to be the most efficient you need to bring this center of mass as close to your hips as possible. Squeeze the bar tight to the body, and make contact as high on the thigh as possible to finish the pull.

Tip # 4: Push Into The Ground: It's only a small change but it can make a big impact on the lift. Rather than thinking of pulling on the bar, think about pushing the ground down. This works in the 2nd pull very well. When you think too much about pulling there is a tendency to bend the arms too much before the 2nd pull is complete, push the ground and you will get a ton more acceleration above the knee.

Tip # 5: Stay on your heels: The force you put into the ground moves from the heel to the toe in a dynamic way throughout the 1st and 2nd pull, but most lifters let too much of their bodyweight get to their toes too soon as they finish the 2nd pull. Doing so will cause you to not complete your hip extension. Think about staying on your heels or flat feet as long as possible. Whether you believe you should "jump" or "catapult" the bar, heels as long as possible will allow you to put the most power from your hips in the bar.

If you're serious about learning the Olympic Lifts then make sure you check out The Complete Olympic Lifting DVD, Click HERE for Details. 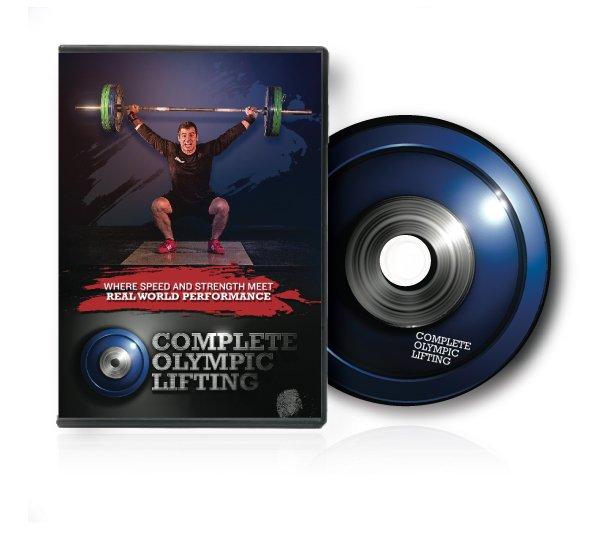