Blog » RANT: How “Good Enough” & Mediocrity Is Ruining This Country! 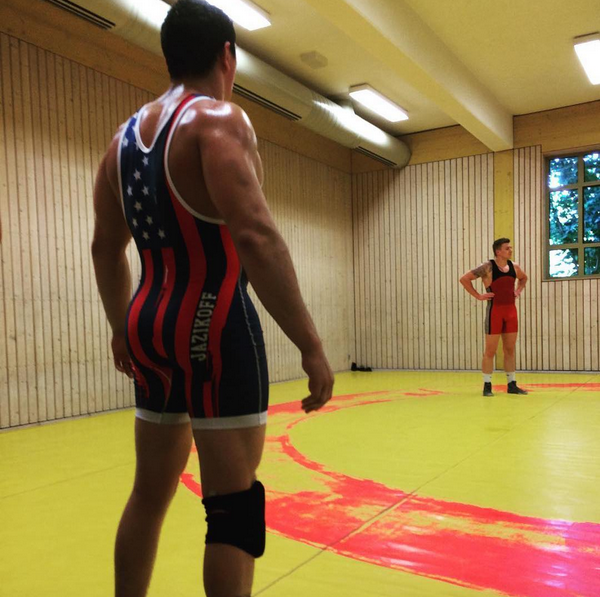 I'm about to unleash some fury on all the things pissing me off.

You can view these rants as a complaint or as truth.

I feel like we're in a war against mediocrity and I have MANY stories to prove it.

What brings me to ranting is a recent situation that happened and then ironically I came across an article I wrote in 2010, The Pussification of America.

We're in a world where people are FRAUDS - they TALK about excellence but truly only want and accept mediocrity.

The recent scenario that happened really tipped me off.

When I was outside digging, my son came outside to say hi to me, he told me he loves me.

I told him when he grows up and has a job, ANY job, that if he makes a mistake, he has to fix it, period. Even if it's NOT your fault. You fix it.

If I owned that fence company I would have driven to the house, seen the mistake (whether it was mine or not) and found a way to make it right.

I spent 2 days on the phone and digging here, there and everywhere until I found a reputable company. My bill was small, 196 dollars or something. For that fence company, they wipe their ass with that money but now I will have NO hesitation when people ask me about them, telling them they don't OWN their mistakes.

That is called being WEAK.

Here's a Short List of WEAK shyt happening in this world.

The administration of the school FEARS someone getting butt hurt which leads to law suits.

I know someone who recently retired from being Superintendent of Schools. He told me gets 4 - 8 phone calls EVERY DAY from complaining parents. That is every day. He said this is what he used to get every year!

Times are changing, we can't deny it. And, when people say 'It's this generation" it's really NOT that simple. It's the parents. It's the adults who were supposedly raised in "tougher times" that have more excuses than a grocery list.

I tell kids straight up, "If I lie to you and tell you what an animal you are when you really are NOT, am I helping you?"

I recently was asked to speak to a team and I saw 1 of the kids who used to train with us. I told this athlete he was an embarrassment to the team. I told him I remember him telling me he woke up at 12 noon and all he ate that day was a bowl of cereal and it was 6 PM. He smirked and almost laughed. I told him it's NOT funny, it's an embarrassment to himself and the team. I told him to NEVER show up at my gym again. NO amount of money can't buy you out of your laziness or rudeness.

Many would take the money. But that behavior sickens me. Kids like this NEED to hear the truth. The earlier they learn this lesson, the better.

Now, if I was a teacher, I'd be in court for saying what I said, getting sued for this student being butt hurt. The TRUTH is what these kids need to hear. Lying to them only hurts them NOW and in the Future.

I opened the first warehouse space for The Underground Strength Gym in June of 2007. 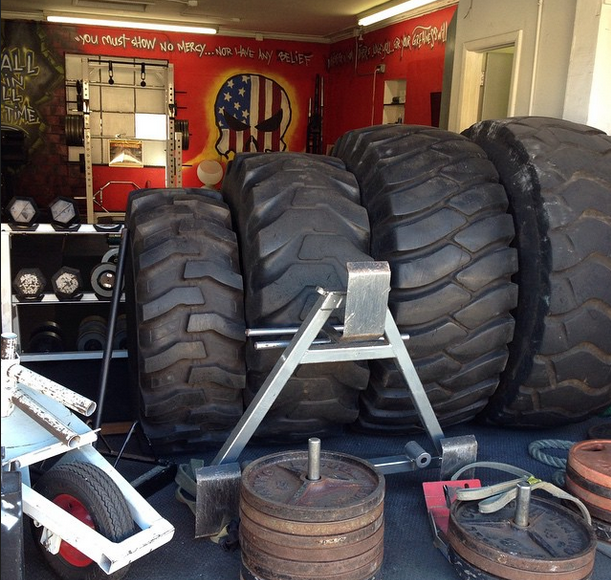 I've NEVER had an issue with billing or refunding people.

In fact, if I ever remove an athlete from the gym and they trained half the month, I refund ALL their money. I don't want anyone's money who doesn't believe in what we do. That is what I call "dirty money".

Now, a few weeks ago, I received a notice in the mail for a charge back. I called the CC company and they said someone was billed at the gym and said they didn't recognize the payment AND did not authorize the payment.

I was confused because this NEVER happened to me. NEVER in my life did I receive a gym charge back. I made some phone calls to the Credit Card company to dig up the information and got the name of the person who claimed it was not authorized.

A father called me and spoke on the phone with me at least 3 times, perhaps even 4 or 5 times. We spoke often and I clearly remember this because I do NOT speak with people on the phone./

I normally NEVER answer my phone because people are LAZY. They want to ask me about the gym, the pricing, etc, ALL of which is on the web site that they're too lazy to read. It's ALL there. It's an automatic red flag when someone calls me instead of reading the web site.

I learned this and now I tell people straight forward, ONLY e mail me AFTER you have Thoroughly read the gym web site, top to bottom. People cry like they can't spend 10 minutes to read about something for their OWN kids!

Anyway, this parent and I had multiple conversations on the phone and a few text messages.

His son attended a free trial so they were even IN the gym.

He called me and signed his son up for the 12 month training, NOT the monthly training, the ALL in 12 months I am fully dedicated training package. Then, after 2 weeks of NOT showing up, our system sends e mails to check in.

I texted the father 2 or 3 x checking in as well.

So, after all these phone calls and e mails AND showing up AT the gym to train, THIS father calls his credit card company and claims don't recognize the bill, THAT is called being WEAK.

And, why don't I want that money? Again..... THAT is what I call "dirty money". It's money coming from sneaky people who always lie and sneak their way around the truth and the work.

Also, THESE people actually WIN the case. They DO get their money back.

I have ZERO tolerance for that BS. Those people get punished merely by their own existence. And, unfortunately they teach their kids to be sneaky and weak. The WEAK society continues to be built upon ore weakness, thanks to this unethical, weak lifestyle.

This list of weak mediocrity can go on and on and on......

The truth is this: People SAY they want excellence but excellence is HARD work. It's an ALL the time thing NOT a once in a while thing.

Why are Coaches at high schools who lose 75 - 95% of the time NEVER fired? Because Admin LIKES them. They like the Coach who lays low and doesn't make waves.

A local wrestling coach told me his team loses because they don't have their own wrestling room. How pathetic of an excuse.

I've known plenty of Top teams who have POOR facilities. Coaches who are LEADERS builds more LEADERS. Leaders build winning teams both in sports AND in life.

So, how do I deal with the weak people who have weak ethics and weak work ethic?

I just put my head down and keep charging.

I KNOW that it's NOT about how much money I make or how many athletes I train, it's HOW we do what we do. It's the passion and commitment of my OWN that I can control.

This video is great, Predator or Prey. / Sometimes the predator gets too arrogant and thinks he is too good so he relaxes...... / He thinks "I'm good enough..." / And THAT is what gets you in trouble. #NoEgo #EgoIsTheEnemy #UndergroundStrengthGym #Excellence #Edison #Manasquan #ScotchPlains #Predator #LiveTheCode365

A gym that is soft, cozy and holds mediocre standards will be pumping with members! Why? Because hard work is hated b many.

I say CHASE the work, Love it! Look for the tough workouts.

But this is not what people want in this world. Even if it means NO results, in their mind they're saying, "FK this, all this work sucks."

When I go to the grave, there will be NO ONE at my funeral talking about how I was a chicken shyt. NO ONE stating how I lacked passion, ethics, work ethic, etc.

My soul will have NO place among The sneaky people, the thieves, the complainers, the mediocre and those cold and timid souls who neither know victory nor defeat. 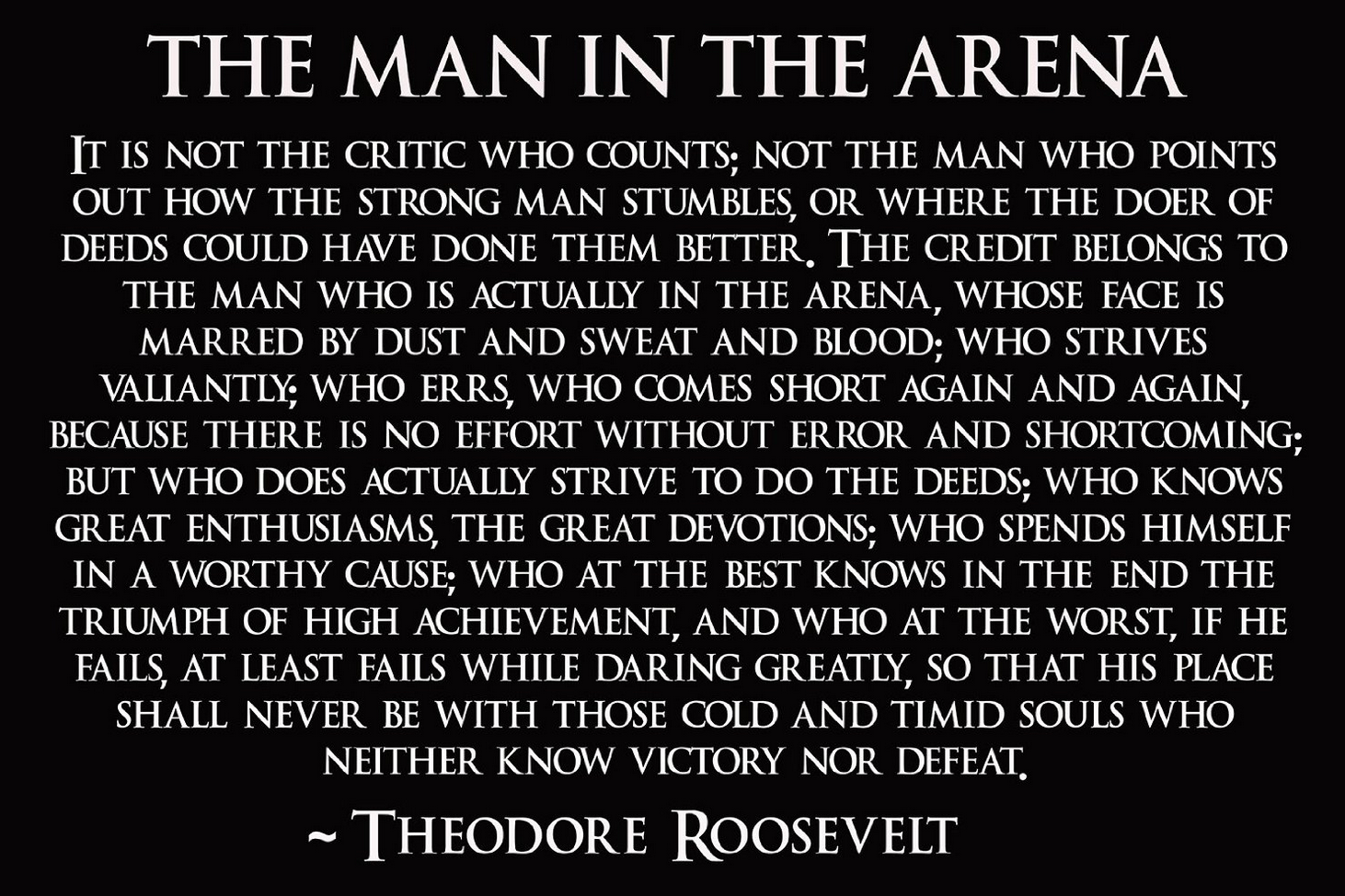 What lessons can be learned here?

HOPEFULLY, some weak person WILL read this blog and try to change themselves for the better.

Am I preaching to the choir here?

Are all the right people reading this while those weak, unethical, sneaky people are out there, sitting on the couch contemplating their next short cut? I don't know.

Here's what I will do NOW.

It's 90 + degrees outside. I'll go and Deadlift in my garage. I will farmer walk Kettlebells up and down the street. I'll crank out push ups and I will CHASE the pain while the weak people who love mediocrity and laziness will sit on the couch and accept mediocrity on their best day and pat themselves on the back.

Good for you for sucking.

For Those Who Live For The Relentless Pursuit of Excellence 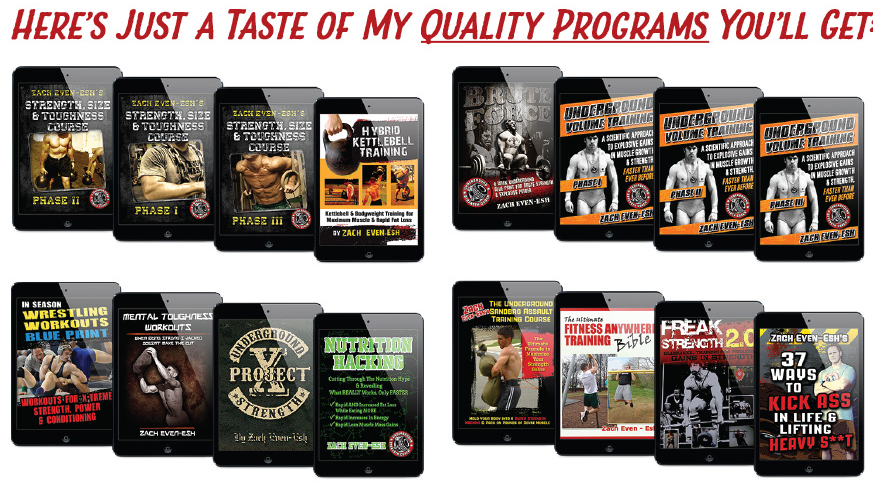