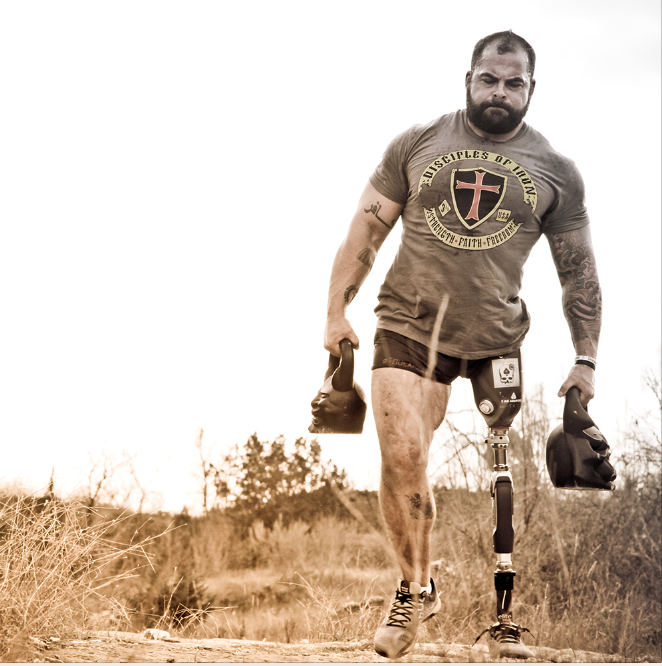 Last Thursday after shoulder surgery I was starting to act like an a--hole.

My arm was completely shut down and numb from the anesthesia nerve block and The Doc told me I would not have the ability to move my left arm for about 24 hrs.

It was amazing how I allowed my mind to crumble for a few moments as I began to complain about how my sling is choking my neck and other trivial, pathetic things.

I needed someone to punch me in the face so I could wake up and realize that my mind was focusing on all the wrong things. While I was lying on the recliner I began thinking of Derick Carver, who is pictured above.

Derick was laughing the whole time.

He always found a way to make a joke about things and of course, he was there lifting heavy weights and denying any excuse he could have made for himself.

I actually became embarrassed at myself for being so pathetic.

I stopped lying on the couch and went down to my office and grabbed my Iron Mind Captains of Crush Gripper and began doing countless reps.

I made myself some food and loaded up on Vitamins & Minerals: C, D, B Complex, Calcium and Pro Biotics. I was so embarrassed for acting the way I did and I KNEW that this meant my life, my world, is simply way too cozy.

We got comfortable and caught up in this trap where we have access to anything we want within seconds or minutes. I took my working hand and began moving my non working hand and arm around. Opening and closing the fingers, pushing the arm up and down.

I threw the sling in the garbage and in mind said "F--K YOU!" to the pathetic man that was taking up space in my brain. By changing my mind I began changing the way I felt. Literally, every hour I was feeling better and better.

I went back and pulled up Derick's story to remind myself I have ZERO right to have been complaining and I wanted to share a brief background so you too can realize that your life is NOT hard. 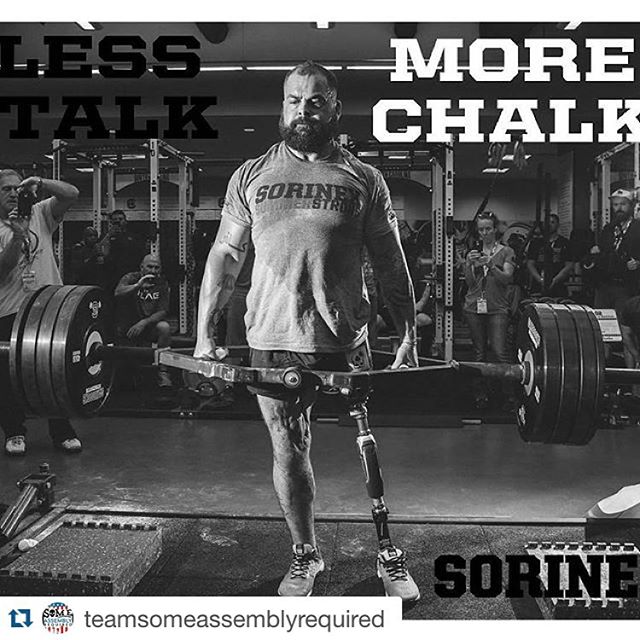 Derick was now about to lead his first platoon into combat complete with Ranger tab on his shoulder and airborne wings on his chest, the true definition of a barrel-chested freedom fighter.

After just a few weeks/months in country Derick and his unit were on a dismounted patrol hunting the Taliban when a daisy chained IED exploded. The IED was rigged for a vehicle, so just imagine the damage it could inflict upon dismounted personnel. Derick was caught dead square in the blast and would lose his leg, others heroes on that day would lose their lives from the explosion.

I was scared, I didn’t know the extent of the damage, I had heard various reports. I was worried…I didn’t know how Derick was doing or if he wanted company. My heart was heavy as I entered the door. I met his beautiful wife for the first time in Derick’s room. Just imagine what she had been going through..if you want to see what strength is all about, go to Walter Reed visit with the soldiers and visit with their wives.

Derick was in rough shape, he had his leg at the hip, had multiple broken bones, and there was a jar full of shrapnel the doctors had picked from his flesh. He had just gotten out of surgery when I saw him and he was a little foggy, he had the nerve to apologize to me for being a little out of it…but there was still that smile and light in his eyes.

As he recounted his story to me, he remembered everything in vivid detail. As a sat in amazement and listened to his story….. wanting to offer some sort of help, someway to take away the pain…in classic Carver mode; Derick jumps to the point in the story of returning to the combat hospital;

Derick told me he looked at the Doc and asked; “Doc don’t bulls@#t me, how does it look”

Doc replied “Son, there is nothing we can do for your leg”.

Carver replied “no sh!t Doc, I don’t care about my leg but how does my d!ck look?!”

See what I mean about Derick? How can you not love this guy? He assured me this was only a temporary setback, he would most assuredly kick the recovery/therapy thing dead square in the ass, be back in no time, and he was going to spend the rest of his career helping other wounded warriors.

Like Joe DeSena speaks about through Spartan Race and his Spartan UP! Book, you WANT to push yourself through challenges so you change your frame of reference.

We're all struggling on different levels. The battle within is different for everyone. No such thing as the perfect person out there. The BIG difference is that those who practice facing challenges AND conquering them also become STRONG in LIFE.

I explain more in this video....

In the background, you hear a video playing from a favorite series I had watched MANY years ago from my mid 20s when I was coaching Wrestling.

I recorded the mini series on VHS tape, that's how old that mini series is, but I find myself watching and listening to the video on a regular basis.

Because I see how freaking hard these guys work and listen to Dan Gable, Jim Zalesky, Tom Brands and Iowa Wrestlers attacking life, handling set backs and NEVER backing down.

Here is the Video you heard in the background. Whether you know anything about wrestling or not, I want you to watch this Video from start to finish. The lessons are strong....

The lessons to be learned here:

Drop your comments below. 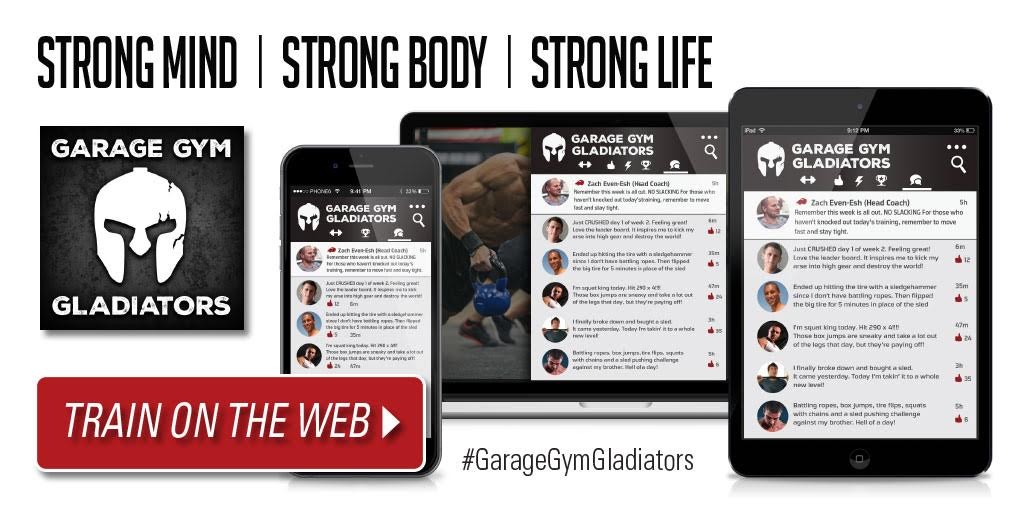