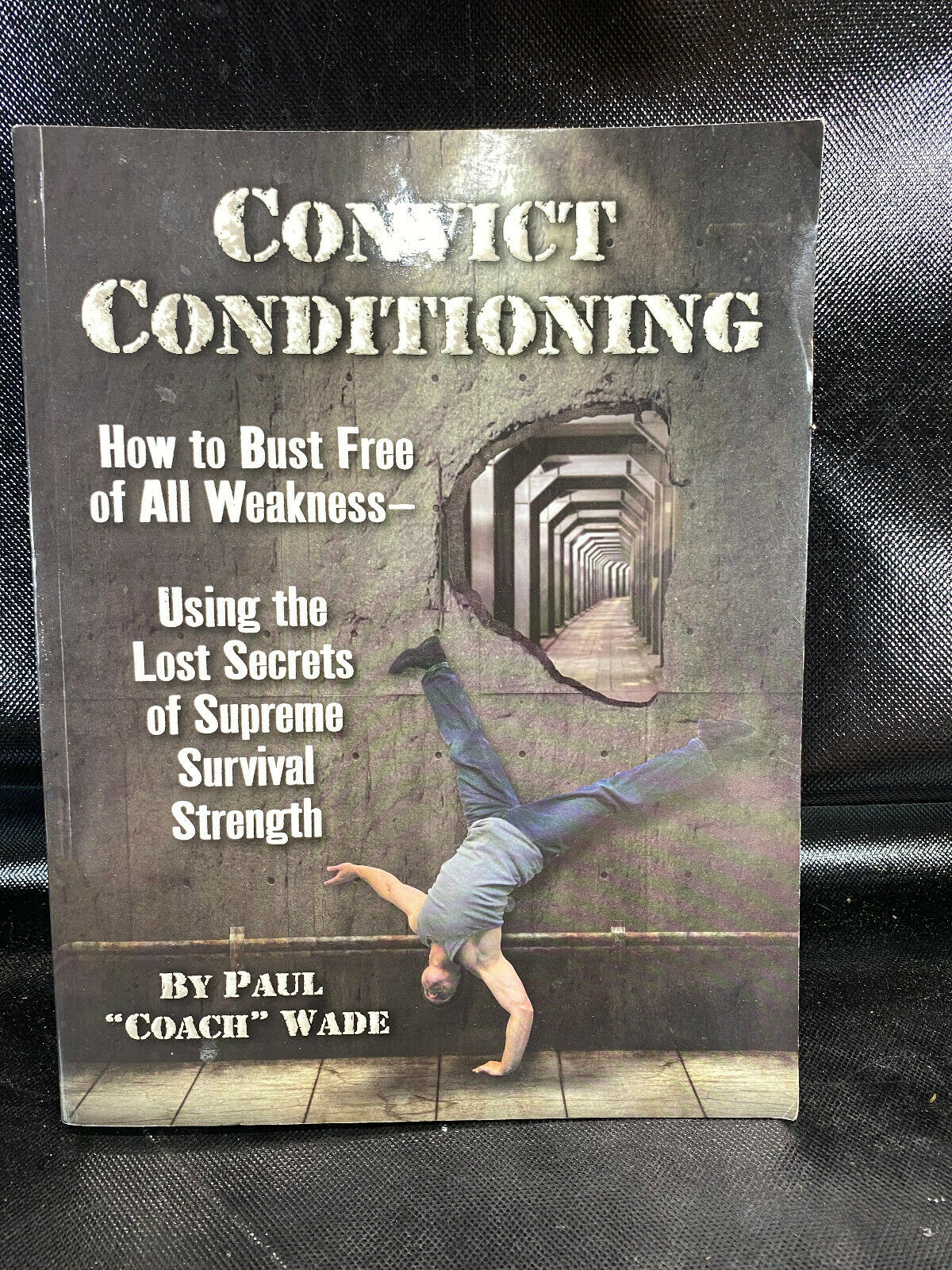 The Edmonton SUN newspaper interviewed Coach Paul Wade, Author of The Convict Conditioning Workout. Check out the interview below to hear how and why Paul Wade became so obsessed with bodyweight training and transformed his mind and body in one of the deadliest prisons known to man.

Being fit and strong wasn’t an option during the 19 years that Paul (Coach) Wade spent in prison.

It was a necessity.

“I needed what I got from my training to stay sane, maybe even stay breathing,” he says in an email interview.

The 53-year-old San Francisco native who now lives near London, England was introduced to the U.S. penal system 31 years ago.

Back then he was a 22-year-old heroin dealer who weighed a stick-thin 150 pounds at six-foot-one.

With his self-professed pipe-cleaner arms, Wade found himself in the notorious San Quentin State Prison in 1979.

“Following some nasty experiences early on, I learned pretty quickly that other prisoners exploit weaknesses like they breathe air; intimidation is the daily currency in the holes I’ve wound up in,” he writes in his book Convict Conditioning, published last year.

“And as I wasn’t planning on being anyone’s bitch, I realized that the safest way to stop being a target was to build myself up, fast.”

Indeed, he got big in the Big House.

Of course, the inmates didn’t have much in the way of weightlifting equipment, so they improvised.

And fortunately for Wade, one of his cellmates early on was a former Navy SEAL who taught him the proper form for basic calisthenics exercises such as pushups, pullups and deep knee-bends.

They trained together daily and Wade packed on some quality muscle over many months.

“The man who trained me in progressive calisthenics in San Quentin was in his 70s and could still do fingertip pushups and pull ups off his two index fingers. I want to be doing that when I’m his age,” says Wade, who goes by his real name but won’t release photos of himself so he can still maintain some anonymity.

Wade, who ultimately was incarcerated in federal prison for transporting controlled substances over a state line, essentially learned to turn his body into a gym.

And that’s the philosophy behind his book.

“The system is based on the way some of the toughest inmates train behind bars. Before the free weights came into prisons, prisoners training in their cells had to rely on advanced bodyweight progressions to build brutal strength and fitness,” he explains. “Some of the athletes behind bars are machines. They have frightening strength and athleticism. I’ve seen inmates snap handcuffs and break hardwood nightsticks with their bare hands.”

He works out four days a week as follows:

“I typically throw in some neck and grip work somewhere too, plus some other stuff,” he notes. “I mix things up every few weeks.”

Wade’s regimen has obviously evolved since his days behind bars.

“I used to train for hours throughout the day, especially when I was in lockdown in Angola penitentiary,” he explains. “As the years have gone by, I’ve learnt to train much more efficiently. Training all day is a waste of time and effort. These days I train for powerful joints, functional movement, strength and muscle mass. You only need brief, focused workouts to get these things.”

As for nutrition, Wade still eats the way he did in prison — three square meals a day.

“You don’t need any more than a basic diet to get very strong or lean,” he adds. “All the other stuff people say you need — like high protein — is bull. It’s designed to make money. The magazines promoting high protein and whey powder and shakes and fat-loss pills, they are the people selling that crap!”

Wade points out that fitness is a billion-dollar industry and that it’s easy to get distracted by the barrage of infomercials, latest diets, supplements, machines and “other junk” now available.

“Guys behind bars don’t have to suffer this torrent,” he says. “As a result, they instinctively start in the perfect place — with bodyweight movements.”

If you want to get into shape, start by throwing away all the gadgets you’ve wasted money on; the ab crunch machines, the electronic gizmos, everything. Forget about that gym membership.

Begin learning to use your body against the only force that matters, gravity. Master the basics: pushups, pullups, bodyweight squats, leg raises and bridging. Work hard on these total body techniques and in six months the results will be mind-blowing.

To get your copy of The Convict Conditioning Workout, Click HERE