Blog » Do You Ever Feel Like You Don’t Fit In? GOOD! 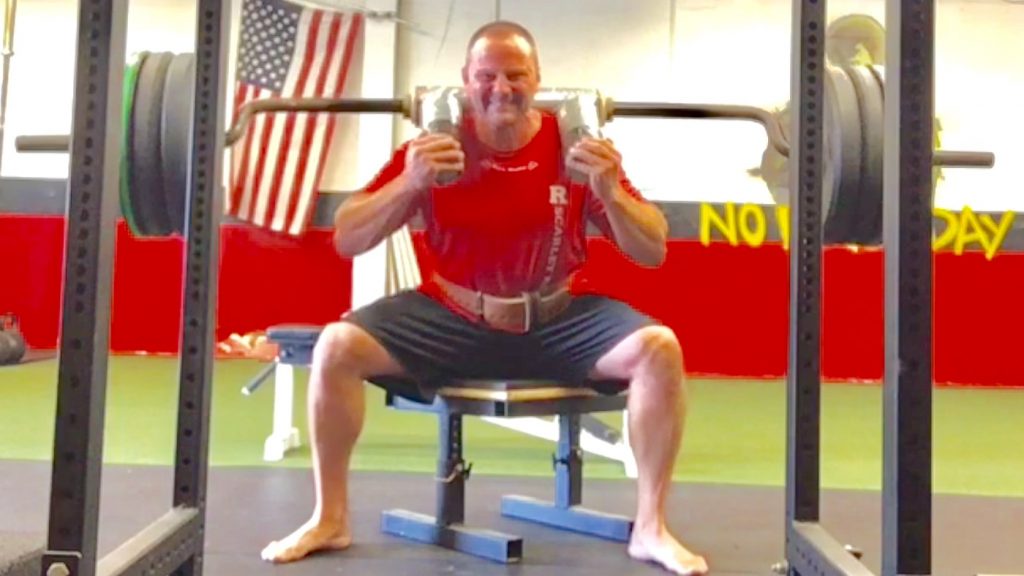 I feel like I just don't fit into this world anymore. Do you ever feel like that?

I recall that feeling many times as a kid and a teenager. MANY times.

When I do feel normal, I am with the Wrestling Coaches at Rutgers or training the team. I am in the 90+ degree Underground Strength Gym drenched in sweat, training athletes who see the hard work, the intensity and the struggle as "normal".

These people see the work as the gift!

I feel normal when I am among Strength Coaches who talk about lifting heavy, doing the work
and living a simple life.

I feel out of place when people complain about me or others for working hard.

You're crazy for doing that stuff They say.

Hard work is called "crazy" nowadays". How weak is that?

I feel like the world is in a strange place when people complain or talk down about people like you and I.

They see us carrying Kettlebells and Kegs, they complain. You deadlift heavy in your garage or drop the weights at your gym and you're viewed as an outlaw.

When you have BIG goals and want nothing to do with average or "good enough", the weak will complain and attack you.

That's what weak people do. They feed into politics so they can gain some power without having to engage in daily combat.

Anytime someone complains to me I quickly thin to myself, "Have you ever struggled with a bar on your back and seen the white lights?"

These people have so much free time that they just LOOK for shit to complain about. The daily struggle you engage in from training changes your frame of reference. 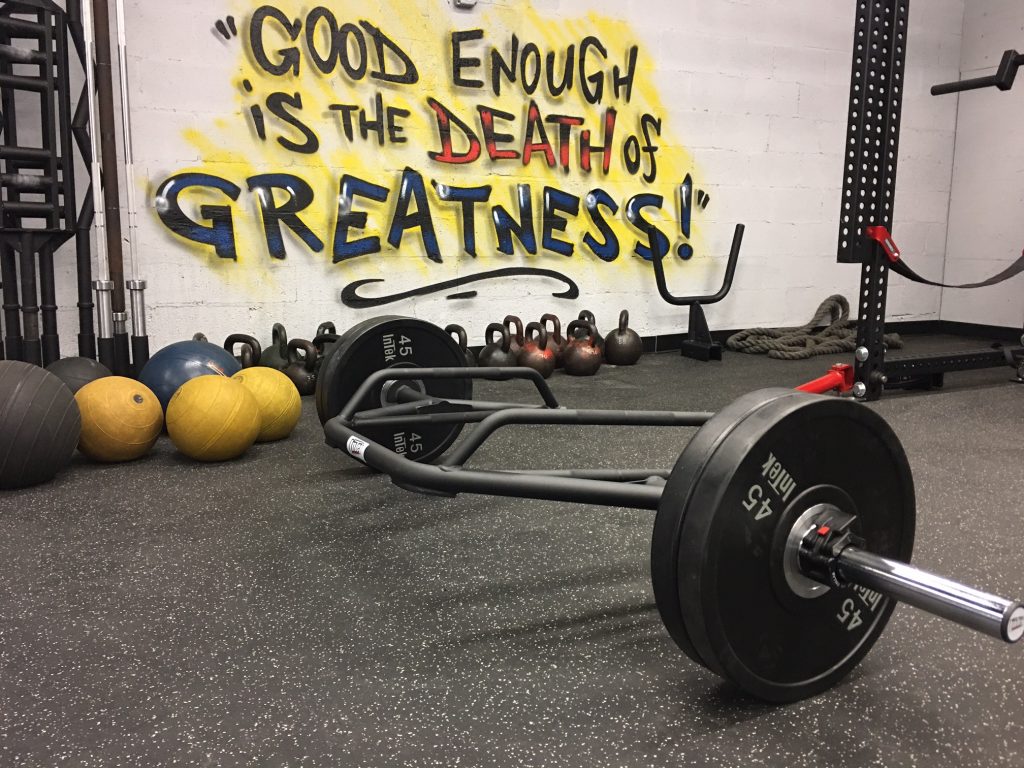 It's pretty interesting to see how people try to hold you back, especially when you're doing good for young kids or animals.

I felt this when I was a teacher and feel it sometimes as a business owner via The Underground Strength Gym.

I felt this in the early 90s when I had a PitBull and a Doberman in the 80s and today.

In the late 90s my PitBull was attacked by a Raccoon in my backyard, when I reported this issue to animal control they reported me for some PitBull registration law. They then told me they are out of animal traps.

So I said FK you, I bought my own traps and trapped Raccoons myself.

My Doberman was attacked by a dog a few years ago and I didn't report the owner of the other dog or ask for a dime for the vet bill.

OWN it. Don't complain about it.

Louie Simmons has a great quote I like to share here, "Weak people hate strong people, therefore in powerlifting, it is always better to be hated."

Replace powerlifting with ANY area / topic.

When people complain about The Underground, wow I can tell they have ZERO clue about what happens behind these walls. On the surface, it is "strength & conditioning" but on the REAL, these kids are changing their lives.

There are kids who can't even look you in the eye when they talk to you who go on to become leaders not just in sports but other areas of their life. The training is life changing. We've got The Boys and Girls Clubs training with us as well.

Parents who are struggling (for many reasons) do not pay to train here. Kids start here under 100 lbs and graduate high school sometimes almost DOUBLE that size.

If anything, the kids are our future, they deserve the best opportunities.The day I was complained to about my Dog, I saw kids dealing drugs in the woods. Let me know when I am actually doing a REAL crime.

Animals? They are helpless, yet weak people will always try to control them.

Political agendas tend to not care about such "worthy ideals". WEAK.

Put a bar on your back and give me a set of 20. The Struggle is The Gift!

As if hard work is a crime? As if doing something good for kids is a crime.

I feel like I don't belong when people think it's strange that you squat heavy and talk about eating steak, drinking milk and hating comfort, hating the easy life.

But then I realize something......

We can retreat to the iron and turn our backs on those cold and timid souls who neither know victory or defeat,  because we feel uncomfortable around "normal people" or we can stand for something.

We ARE "The Man in The Arena". We LIVE it while others who hate on us WISH they could.

“It is not the critic who counts; not the man who points out how the strong man stumbles, or where the doer of deeds could have done them better. The credit belongs to the man who is actually in the arena, whose face is marred by dust and sweat and blood; who strives valiantly; who errs, who comes short again and again, because there is no effort without error and shortcoming; but who does actually strive to do the deeds; who knows great enthusiasms, the great devotions; who spends himself in a worthy cause; who at the best knows in the end the triumph of high achievement, and who at the worst, if he fails, at least fails while daring greatly, so that his place shall never be with those cold and timid souls who neither know victory nor defeat.”

We can NOT allow the politics, the BS and the "normal people" to hold us down.

That is why we lift heavy and put some heavy weight on our back!

So when people try to hold us down, we can lift ourselves UP!

Be proud of yourself, YOU are a RARE BREED!

I take Pride in this e mail, this very moment.

I take pride in the t shirt on my back, even if I never met the person who sent me the shirt.

You should also dig into my older videos, they aren't polished and I don't have a high end video with lighting, etc.

And wanna know what, I'm damn proud of that.

I'm proud of never giving up, even though maybe I should have!!??

At this point, who knows! I've been attacking and getting hated on since day 1, I don't know anything but putting my head down and WORKING.

Quitting. I have too much pride. And, maybe "they" are correct. I AM Crazy. You're gonna have to kill me if you wanna stop me.

Here's to being a SIMPLE MAN who doesn't cower and refuses mediocrity.

Don't just talk about, BE ABOUT IT.

Stand for something or Fall for Anything. 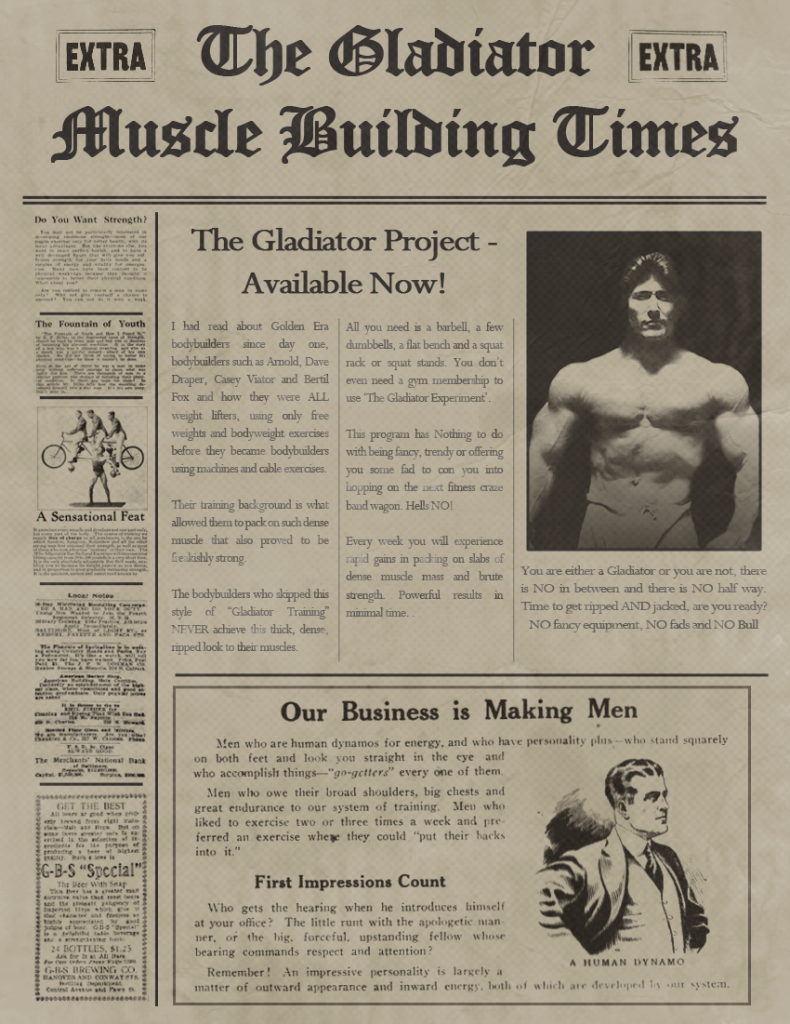