In honor of Veterans Day, our article will be the first in a series of interviews with Brad McLeod, former Navy SEAL and founder of SEAL Grinder PT.

Brad graduated from SEAL training in BUD/S class 132 against all odds and having failed out the first time through for a math test (I had been through Hell Week and was dropped in second phase).  Despite having no athletic background and having life long asthma Brad climbed his personal Mount Everest and made it through BUD/S the second time (He spent close to 10 (yes, ten) months in BUD/S in total going through Hell Week twice – and went on to serve on SEAL Team 4.  Although he lacked physical ability he was determined not to quit and worked hard to mentally stay in the game and succeed.

Here is Part I:

Z: Brad, thanks for taking the time to crank this interview. Tell us how and why you became inspired to become a Navy SEAL?

Brad: Thanks for the opportunity Zach - I am truly psyched to be interviewed by you and hope your Underground Strength crew will enjoy.
I was your average teenager who was stuck in a rut and not sure what I wanted to do with my life.
A friend loaned me the book "Everything We Had" by Al Santoli and I read the chapter "The 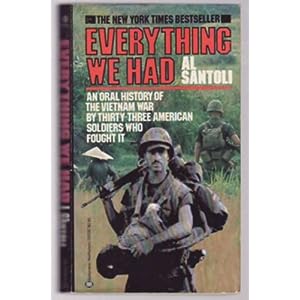 Men with the Green Faces". I was mesmerized and knew this was what I wanted to do. I decided right then to pick the biggest gnarliest dream I could accomplish and becoming a Navy SEAL was my goal.
I never excelled at athletics and was not a letterman or track star but I knew I would find a way to win.
I had many struggles along the way but I was able to navigate a rough road and realize my dream through perseverance.
Stay Tuned for Part II of our interview with former Navy SEAL, Brad McLeod.
If you want me to ask specific questions for Brad, please post them in the comments section below and we'll make it happen.
In Strength,
--Z--
Recommended Resources:
SEAL Grinder PT
SEAL Fit
Forged Clothing
The Fallen Patriot Fund
Naval Special Warfare Foundation