Blog » Learn to Make The Rep Or DIE 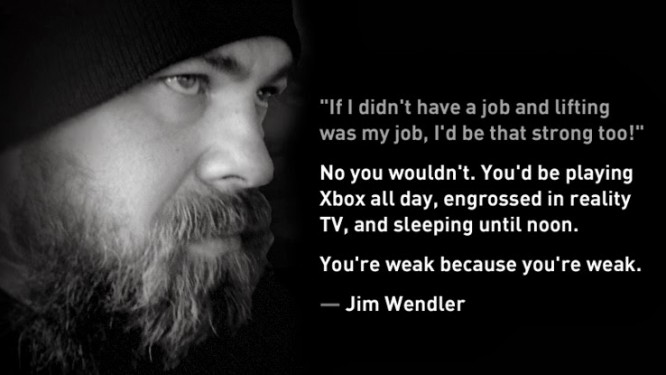 I don't recall where I read or heard about the story, but, I feel like it was from Marty Gallagher.

The crew is getting psyched up, climbing higher and higher on their squats.

The guys reply and say, "You need a spotter!"

He kicks everyone out of the gym, locks the doors and makes his 800 something pound squat.

Grinding against heavy weights seems to be a lost art form. I NEVER saw people dropping bars or bailing out on squats until a few years ago, it became popular.

As soon as the bar fights back people would dump the bar. 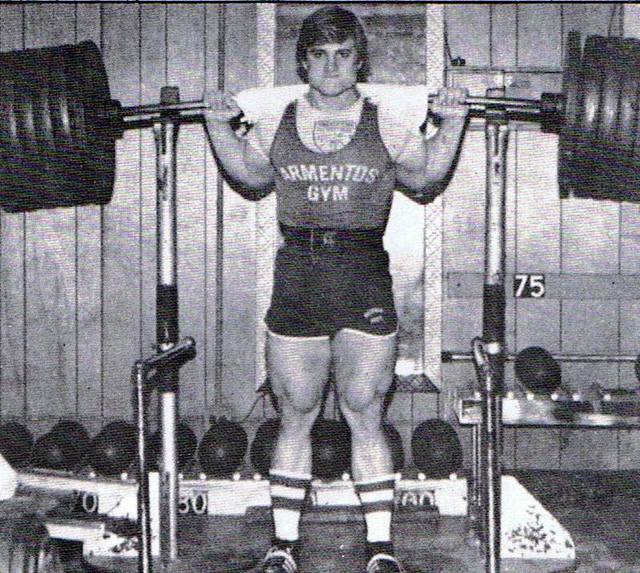 THE Photo of Tom Platz that Was Hung In Front of the Squat Rack at Diamond Gym!

The bottom line is this: Do NOT walk up to a bar and kinda sorta think you're gonna make that rep. I don't care if you're just training in your garage and not chasing a state, national or world record.

You need to take PRIDE in fighting and earning your strength. Do NOT cower to the barbell. Respect the weight, but fight like hell and don't doubt yourself.

When you start fighting for reps in the gym you also learn to fight for what you want in LIFE. It's all about the STRONG Life.

Carry that strength with you everywhere you go. Nobody needs to know what you squat or bench. Just you. Do it for yourself. It's always about You vs YOU. When the dust settles and nobody knows your name, you gotta be able to walk out of that gym knowing you didn't cower like a chicken shyt.

If you're squatting, that weight is going up. Period.

You'll hit that sticking point and now the real test is ON. The sticking point is like that Bully back in the day when you were in elementary school. He's gonna keep pushing you around until you beat his ass and show him that his time has ended.

From here on out, make a stand. Don't announce it on twitter or facebook. Just STFU and get to the gym. Head on over to that squat rack and go kick ass and take names.

You don't have anything to prove to anyone but yourself. Don't ever dump that bar off your back like some chicken shit. Ever.