I took a 1 hr drive up north yesterday to train The Blair Academy Wrestling Team, NEVER in my life have I seen an entire room of athletes who:

Notice I did not say 99% of the athletes, I said ALL of them.

This was quite the treat and of course, teams like this are not magically created, they are built, and Coach Buxton, The Head Wrestling Coach of Blair Academy, has built all these kids into highly motivated, highly dedicated, highly focused and VERY intense athletes.

Sure, a Prep school with a long standing tradition will get motivated kids knocking on their doors, BUT, this article is NOT about excuses, it's about telling you that we need to raise the bar for athletes (and for yourself) AND set the standards WAY higher.

The bar has been set high for The Blair Wrestling Team.

Work ethic, commitment, intensity, good manners, being humble, sportsmanship....it's ALL part of what is taught and expected at Blair Academy.

No more excuses for why someone is better or has the advantage. It should be expected for a competitive athlete to have the eye of the tiger.

The training I put these Blair wrestlers through was intense, with lots of Gymnastics drills and jumps for the warm up to help develop kinesthetic awareness and full body power. After all the Gymnastics movements and jumping, the workout began.

The workout included: rope climbing and handstand push ups, battling ropes, kettlebells and sandbags. Much of which you can see inside my Encyclopedia of Underground Strength & Conditioning HERE.

I was beyond impressed with the intensity and tenacity I was witnessing. I'm used to being more motivated than those I coach, which, should NEVER be the case, but in the new era of athletes being more focused on video games, texting and facebook .....

Some athletes (or many?) simply don't have the discipline to be different than those who surround them.  Ironically, many people say the success of Blair Wrestling has to do with recruiting.

I state otherwise: It has to do with the Coaching. The expectations are very high, in addition, outside the wrestling room, the faculty also has high expectations for these kids academically.

I do the same at The Underground Strength Gym. Excellence is expected, mediocrity of any sort is looked down upon.

As a former Physical Education teacher in a school setting, I remember seeing a bunch of lazy asses in the high school setting. Why were the kids lazy? Because they were allowed to be lazy.

Don't wanna challenge yourself and run? No problem, you can walk.

Have we gotten so scared to push people that walking is considered challenging for a high school student?

I suggest reverting back to the days of Physical Culture where gymnastics apparatuses and rope climbing were common place.

When my Dad grew up in Romania he had Physical Education 3 x week minimum, each class was 2 hours long! AWESOME!

He was not even a teenager and they had him training in Gymnastics, wrestling, throwing small shot puts and light javelins. He also played hand ball, performed sprints and ran the hurdles.

All around fitness was encouraged and trained for. Older students performed Olympic Weightlifting and more aggressively competed in each of the sports.

When people ask me what style of training I use, in a nutshell, it is a mixture of Physical Culture and Powerlifting / Strongman. I add bodybuilding exercises to attack weak areas and ensure there is balance. It's not enough to be strong, overall athleticism must be developed.

This is why you see our athletes running, jumping, climbing, lifting big weights, and of course, using a variety of implements to accomplish our specific goal.

It's time Raise the Bar.

Drop a comment below, let us know your thoughts! 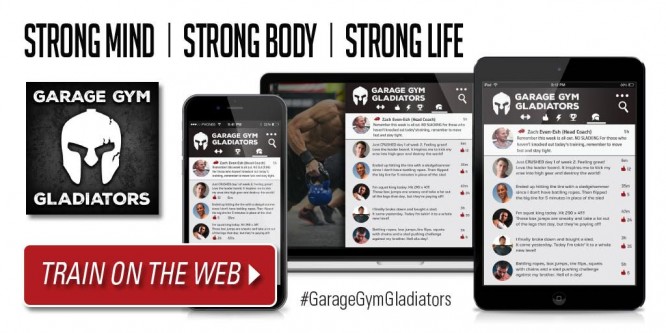