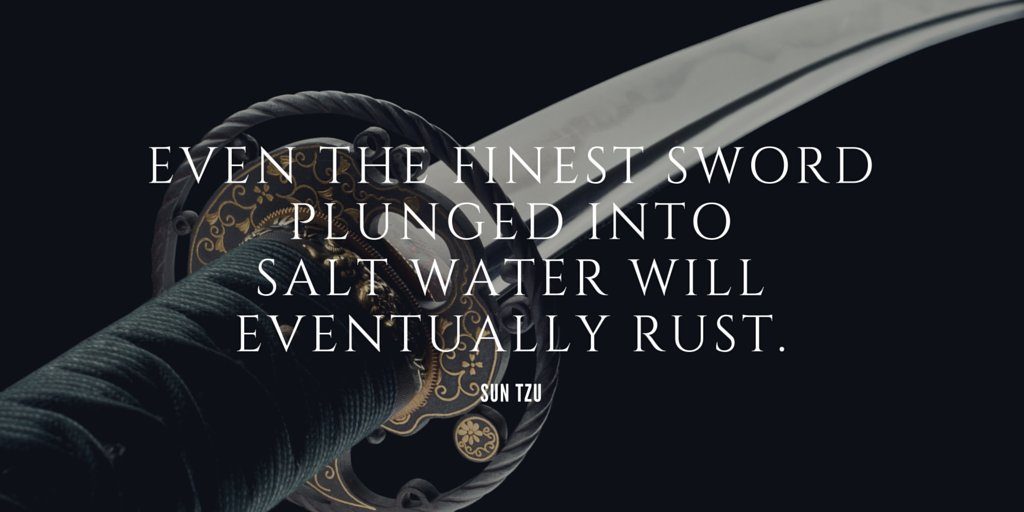 I'm sipping on some tea, prepping up for our 9 AM training before the new year at my Manasquan, NJ Underground Strength Gym location.

The quote above from Sun Tzu was shared to me from my buddy, John Welbourn.

It makes me think about the athletes I work with, how they are held back BIG time when they fear getting out of their comfort zone.

I watch every winter / wrestling season a local team getting DESTROYED by the competition in a way I NEVER
imagined.

I'm talking points that look like a Basketball game.

The people are accepting of mediocrity.

The people ARE the salt water.

Hence, you have NO chance of thriving in such a horrific environment.

- Who do you surround yourself with?

- What knowledge / information do you allow into your life?

Yesterday I trained the crew at my north NJ location, in a town called Scotch Plains.

The athletes were crushing it but MOST impressive was a man named Andy, who I believe is 59!

He was fearless and he wanted the challenge of training with the young guns.

I'm so inspired by his training that I am rethinking what men are capable of. In fact, when I first opened The Underground Strength Gym warehouse in Edison, NJ in 2007, 1 of the guys that signed up was a 62 yr old attorney, and he would destroy the training!

His name was John. So, between John (62) and Andy (59) I have forgotten what men are capable of because I've seen TOO MANY weak people ranging from age 11 to age 50. John and Andy are older than anyone we've worked with at The Underground yet they are Stronger & Tougher!

So, there is NO excuse for being weak.

You see, sometimes you hear so many excuses from "young men" that you forget that the MIND Drives the Body. Guys like John & Andy have CHOSEN STRENGTH over weakness!

Let me talk about the business of being a Strength Coach / Warehouse Gym Owner. 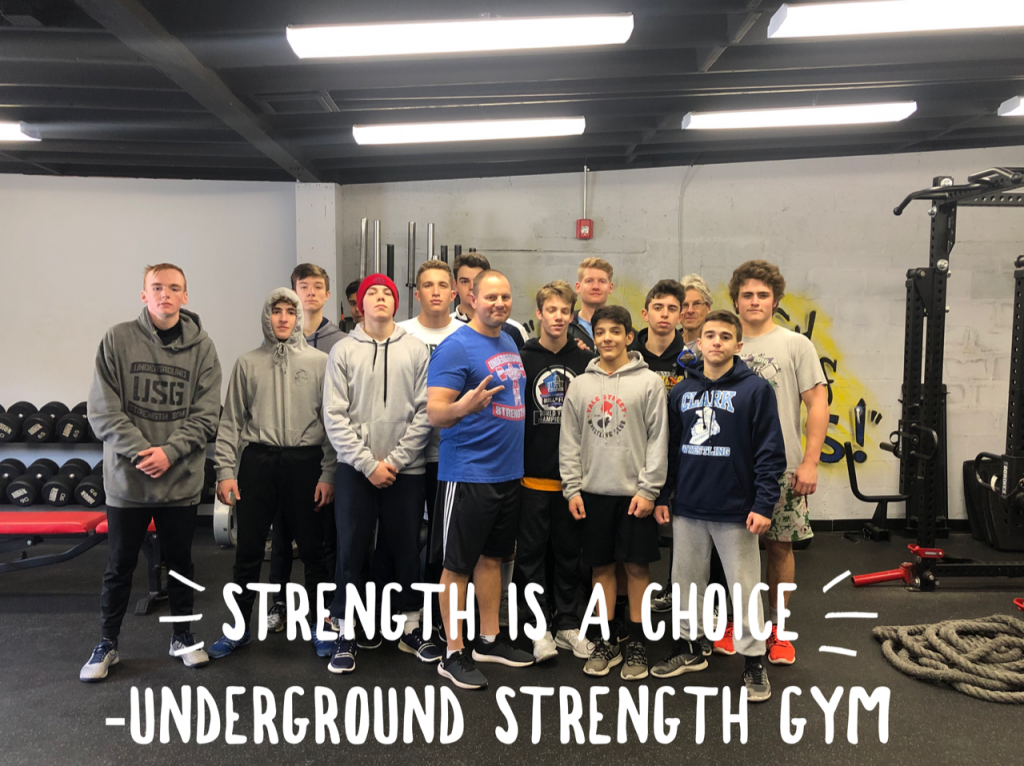 A Mom was telling me how her son had trained with multiple coaches at their strength & conditioning facility.

She told me that her son was getting nowhere 🙁

1 of the locations she had her son at was for 3 years. She said they did not help him, instead, he kept growing and growing but never got faster, stronger or more confident. She was lost until a Dad on her son's Baseball team told her about us.

This Mom was telling me she's in tears as she's messaging me because her son has been at The Underground for 1 month and he's transforming mentally & physically in ways she hasn't seen since he's been at these other gyms / coaching facilities.

I don't mention the names of the gyms / coaches her son has trained with but I do know who they are.

These are BIG facilities, large with all the bells and whistles.

They are busy with a LOT of members and lots of full time coaches.

They are a BUSINESS that makes money but not a business that is delivering results. I can't accept that!

I will NOT go to the grave with a BIG gym that waste people's time, energy and money for YEARS of their life.

Change Lives or Get OUT of the Way

I will burn this gym down before I accept mediocrity from the coaches or the athletes.

I am TOUGH on the Coaches at The Underground.

I demand excellence and I have ZERO hesitation in saying this bc I demand the SAME of myself.

- Had an argument with someone

- Struggling in any other area of my life

Put that away, it's not about me.

It's about our athletes, our adults.

It's ALL about them and I need to give them my ALL and then some.

Being around passionate, energetic people is inspiring.

Let no one tell you otherwise.

I get a LOT of these messages and e mails from parents.....

They took their child to another facility and after 6 weeks, 6 months and some even longer, tell me their child is NOT stronger, NOT faster, NOT tougher.

It blows my mind that these gyms are thriving financially yet they are NOT producing results.

So, when people say just be a GREAT coach & you will be fine in business, I HATE to break it to you, that is FAKE NEWS. You need to understand the business and marketing. If no one knows about you then you will be OUT of business, even if you're the greatest strength coach on earth.

As a Coach, you need to WANT the pressure people place on you. You must have the confidence in your skills to change lives, regardless of the circumstance.

When I was coaching at a college, I was hired mid season and people said, Oh, are you just gonna do a maintenance program?

You're either getting better or you're getting worse.

I have NO time for that maintenance BS.

I am NOT waiting for the new year to suddenly attack a goal.

NOW is the time.

If people are offended by my passion and intensity, then get on the bus to mediocrity.

That's not the road I am traveling on.

Travels Back in time to watch the CrossFit documentary, Every Second Counts.....

It was wild to see how CrossFit has changed so much since way back when I first saw this documentary on DVD.

It was also a stark reminder of how fast time flies. And during that speed of time passing us by, the world has changed. You're older, business has evolved, the internet has evolved, my health has certainly evolved now that I am "older".

A reminder for those with New Year's Resolutions, this Video fits perfectly.....