Undergrounders.... I cranked a QnA with Jason Ferruggia regarding The Renegade Diet. Check it out and 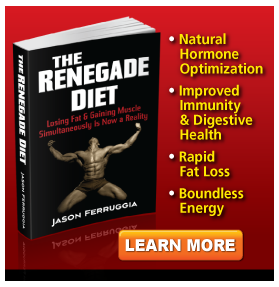 1) When did you start skipping breakfast and what, if any obstacles, did you have to get comfortable with (both physical and mental challenges)?

I don’t think I’ve had breakfast in two years now. Or at least regularly. Sometimes if I’m gonna be traveling or something I do just because I’d get sick on the plane if I didn’t eat. Or if I know I will be without food for a very long time I just have breakfast.

At first, for a week or two, it was definitely a change and a challenge just because I always had it in my head that I would be nauseous if I didn’t eat right away when I got up. I always woke up hungry and had to eat within 15 minutes. But I tried it and battled through the first week.

By the second week I felt much better and had infinitely more energy, mental clarity and focus. These days if I eat breakfast I feel a lot worse and have nowhere near the same energy and focus.

2) Do you ever have days where you wake up and your body / stomach is just telling you to EAT?  Do you ever listen & just have breakfast EVER or do you do something to suppress your appetite?

That does happen if I eat late or even if I go out (which doesn’t happen too much these days) late. In those situations I wake up and am not dying to eat something but I am definitely hungrier than normal a couple hours earlier.

On most days I don’t notice hunger creeping in until about 10:30 or 11am. But if I eat or stay up late I will start getting hungry an hour or so earlier. I don’t give in though. I will just have a cup of coffee to suppress it and wait till it’s time to eat.

Hunger is not something to fear. I believe learning to deal with hunger is very important. We live in a very satiated society and people have gotten very weak because of it. Malcolm X said something once about how hunger is the most difficult desire for man to control and how learning to deal with it is very important for developing mental and physical discipline. I couldn’t agree more.  You don’t have to fear hunger like it’s going to cause your immediate death.   Learn to deal with it and take control of your emotions, your desires and your life. 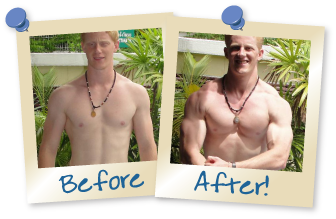 3) I know you have Sundays to change your eating a bit, what happens on Sundays?

During football season I start eating earlier; especially living here on the West Coast since the Giants games usually start at 10am. And we have more junk food on that day, pretty much all day. But it’s all very healthy, organic junk food and usually home made.

Normally I don’t eat carbs until night but on football Sundays it goes all day long. During the rest of the year Sunday’s are pretty normal but if I want pancakes or French toast or something that’s the day we’ll do it, usually around noonish.

4) You train both adults and athletes at Renegade. Did you tweak the Renegade Diet for your athletes VS the adults?

Yeah, I have a lot of athletes on The Renegade Diet but there are definitely individual tweaks to be made depending on their schedules.

With high school kids sometimes it’s hard for them to get enough calories so I often end up recommending a big breakfast, but with no starchy carbs. This helps them stay more alert and focused during school. Then the same thing for lunch; a huge protein, fat and vegetable meal. After school they will usually have practice or start training. At that time we’d start the carbs with a during-the-workout protein and carb drink and then again after. When they get home they have the rest of the nigh to feast and carb load.

Eating a low inflammatory diet is still critically important though, as it will allow them to recover faster. And by eating three or four meals instead of six and keeping their carbs limited to later in the day they will lower inflammation, improve digestion and feel and perform a lot better.

For athletes who train twice per day I recommend doing the first workout fasted with some BCAA’s before and then having a protein and carb meal afterwards, but not more than about 30 grams of carbs. Then, during the second workout or practice they could have the during workout drink and load up again the rest of the night when they are all done.

A lot of people mistakenly believe that you need carbs immediately before training. That’s not necessarily the case. As long as the glycogen is in there from the previous day you’ll be fine in most cases, unless you are doing a triathlon. Pre workout carbs tend to make people a bit more tired and can have a negative effect on CNS output. I’d wait til about 20-30 minutes into the workout to start carbs and save most of them for after.

The point of post workout carbs isn’t necessarily to replenish your glycogen stores from the work you just did but rather to refill them for the workout you’ll be doing tomorrow. We just have them during the post workout period because it’s harder to get fat at that time.

5)  You mention some rules in The Renegade Diet regarding when one can and can not start, dealing with metabolism, body temperature, etc. You've done a lot of experimenting with this through your gym and online students. How do you know if you are ready or the timing is right to get started?

Or you could just have been eating far too few calories for too long. When this happens your thyroid output slows down and your metabolism comes to a screeching halt. So the only possible solution here is to start eating more.

People freak out sometimes when you tell them that they have to eat more to get leaner. Girls lose it. But it is the only possible solution. There is no way around it physiologically. You need to boost your calories until your temperature gets up in the normal human range of 98.6 degrees.

Once you get there you will need to keep it there for at least another 2-4 weeks before you can start dieting. During the first few weeks you will get leaner. Then you may get fatter for a week or two but you HAVE to endure and stick it out if you want a permanent, long term solution.

Now, you could eat according to The Renegade Diet schedule of eating or you could eat six meals per day, every two hours. It really doesn’t matter as long as you bump up the calories significantly enough to see your temperature climb.  The most important thing is that you get it up where it needs to be then keep it there for a few weeks before you start trying to lose fat. If your goal is muscle gain this should never be a problem.

If you would like to save this QnA with Jason Ferruggia and The Renegade Diet, please click this link and "Save As" to your computer: ==> Renegade Diet-E Book-Q&A-PDF

For more details on The Renegade Diet Click HERE

Hope you enjoyed this QnA.

If you feel those you know would enjoy this QnA please do me a favor and hit the facebook LIKE button. HUGE thanks in advanced! 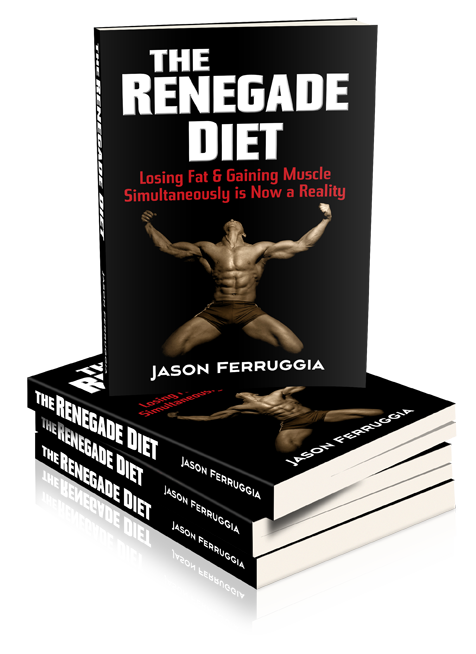