Blog » Serious or not at all 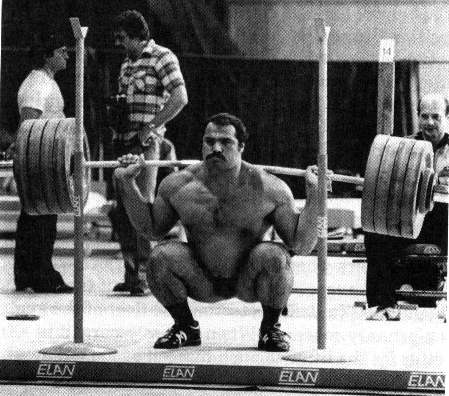 Yesterday, we had a high school Football player pop in, asking about training. The H3 he pulled up in looked familiar, so i asked if he was related to a certain someone who trained at The Underground Strength Gym... for 2 days.

His older brother, had his Mom pay for the training for a month. After 2 workouts he disappeared...no phone calls returned....no e mails returned.

I was pissed off that a young kid wasted his Mom's hard earned money and thought nothing of it.

With his brother wanting in, I gave him the "speech", and he was feeling that I wasn't taking any shit or anything less than 150%.

We scheduled a trial and he went on his way, excited to come back Friday for some torture, errr, training, where we test the will to be in the program and commit himself.

Shortly after, I got to my own training. A very intense collegiate Football crew just finished their workout and they were hanging out afterwards. Mixed in with the group was Judo Beast, David Ellis.

I realized that The Underground Strength Gym was more than just a place to train. It is a place where younger athletes can surround themselves with highly motivated, well mannered athletes of similar interest.

For some, this is where they HAVE to be. A place where we shape them into kids who go in the right direction, as opposed to becoming thugs, lazy asses, disrespectful and the like.

I have a lot of work to do, it's becoming much, much more than just training athletes. We're changing lives here.

P.P.S. - I've got something new about to be unleashes, watch your e mail in box.

P.P.P.S. - There is ONE place where everything Underground is under ONE roof. That place is HERE.