Blog » Take Your Excellence & SHOVE IT: The Strength Coach Standard 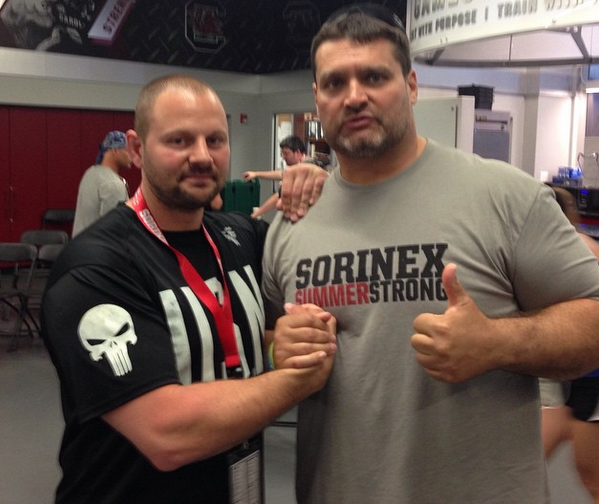 I had some interesting conversations recently with Strength Coaches.

Conversations that run the spectrum from "Holy sh*t, I can't believe that happened....", to "He now trains people in his garage & texts our clients, telling them to come train with him...."

These random thoughts that I'm going to talk about really came to my mind after I saw my close friend & world renown Coach, Travis Mash talking about how he is turning his weightlifting team into a non profit.

I LOVE that idea! This is exactly what kids need!

But, there is a BIG dividing line between what the kids need and what schools are willing to do to give to them. There is a TON of "red tape" in the way when it comes to working with schools.

For a few years I've been thinking about doing that myself (Making My Gym FREE) but I am not at the point where I can. There's also the flip side to that; have you ever given someone something for free?

The majority of people who get stuff for free don't value it. Not all, but most. Here and there I scholar athletes whose parents are struggling financially and those kids skip workouts and no one ever says thank you. It is a poor reflection on your gym if people attach the lack of results to the poorly dedicated athletes.

If I ever become a non profit, there will be rules and there will be expectations clearly agreed upon to remain a member of the team.

Now, after last weekend's USC Cert a lot of Coaches asked me about how often they volunteer their time and efforts for the local high schools and they are ALL declined.

Joe "House" Kenn (NFL Strength Coach of the Year) told me how he offered to volunteer at a high school and they declined.....

If you don't know Joe Kenn, Google his Bio and think about what I just said.

I've applied as a volunteer in my hometown as well..... crickets. The teams with losing records don't want the help. This only satisfies a coaches ego and hurts the kids in the end. To me, a Coach Cares. Period. Coaches who care find ways to help their kids.

"Your resume is gonna go straight to the trash can. There's too much excellence on your resume. Administration doesn't like that because they see guys like you as a problem....."

I hoped he was joking with me but he was NOT.

A recent text message from a Coach told me 1 of her clients stopped training at their gym, then, he started texting members to train with him in his garage.

THAT is NOT a Coach. There is NO ethics involved in that action and it is that EXACT type of BS that gives Strength Coaches a bad rap. There are too many pretenders out there.

Mark Watts of Elite FTS wrote an article about why University Strength Coaches can get payed so little, get so little time off, work 60-80 hrs per week AND spend more time with the athletes than the sport coaches do......

The reason being is because we LOVE what we do. At least the TRUE Coaches do. The Coaches with Ethics....... When Mark left collegiate strength & conditioning he said there was a list of 150 applicants for his job, hence why they CAN pay Coaches so little.

The team member who leaves and opens up his own gym down the street & starts courting your members "train with me & I'll discount your membership in HALF" is ruining the respect we get as Coaches and ultimately putting yourself OUT of business. Again, NO ethics in those tactics either.

CrossFit Founder & CEO, Greg Glassman would respond to this as a "Then you need to be better so no one wants to leave...".

I've learned that it is NOT always about being better. We've helped transform athletes from losing so much it embarrassed their family into some of the best in the state BUT when a gym closer to home & $50 cheaper was there they took that opportunity.

Not Everyone Seeks Out Excellence. Often times people are very happy with convenience.

Not just WHERE your gym is located in town (foot traffic, warehouse, etc) but also the state you live in.

For example, why does Texas, Georgia, North & South Carolina & Florida have so many great Football Players? 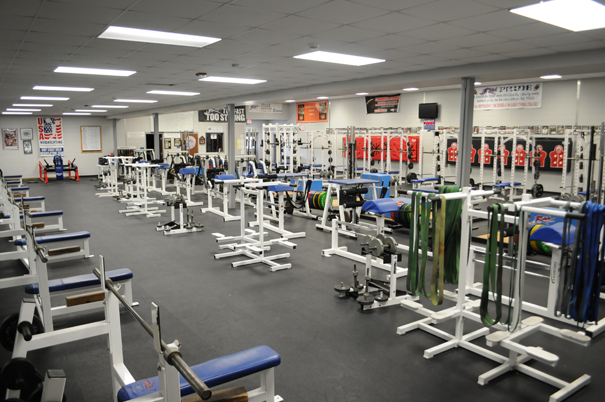 Above, Byrnes High school Weight Room of South Carolina. Mike Srock is Head S & C Coach there & presents at conferences often. He always says, "I'll teach you everything I know & I don't fear sharing because I know 99% of Coaches are too lazy to implement all this!"

Many public schools down "South" hire top notch Strength & Conditioning Coaches full time rather than trying to be cheap and paying the History teacher $2K to "manage the weight room".

Those Coaches down south also work with the middle school as well to build them up properly so come high school, these athletes have a tremendous base of overall physical preparation.

That is at least somewhat in line with what The Russians and Eastern Europeans did to develop their athletes; they put GREAT Coaches into a system of building up younger athletes whereas most states in America don't hire GREAT Strength Coaches. They hire someone to do "weight room" and that person gets a pay check and the kids do a bunch of BS. Sure, there might be some people doing good stuff but it is rare and that's the truth.

There was and still is a big fear with a lot of prep schools in NJ competing against the public schools. I saw this in NJ as well, where Tx Football commissioner warned against kids going to Florida to train at IMG Academy.

In NJ, these prep schools were dominating in Football & Wrestling so they tried to separate them during competition.

The other side of the coin, I see this:

There are MANY Strength Coaches calling and e mailing coaches offering to help, BUT, these Coaches with LOSING records refuse the help. The GAP is trying to be filled by Strength Coaches who CARE. This private vs public school wouldn't be such an issue if there were less egos and less excuses. 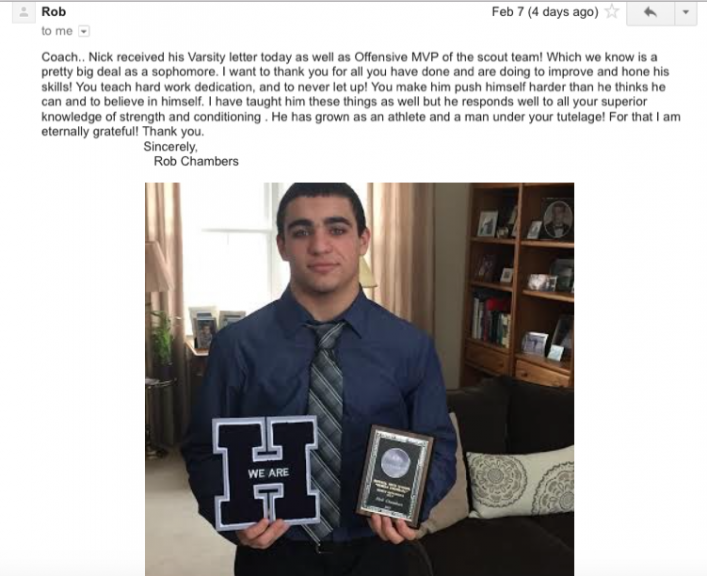 So, what IS the solution?

We must start with those IN the schools; Coaches, Admin and Parents of Booster Clubs. STOP saying NO every time a Strength Coach offers to help your team / your child.

Sport Coaches - Build relations in your area with the best Strength Coach & Sports Clubs. Find ways to work together rather than threatening your athletes lack of playing time if they aren't with you all the time.

Strength Coaches - Don't give up. There will always be parents, coaches and admins who don't care. Do NOT waste your precious time & energy on them. You only have so much time and energy. Find Coaches with open minds and parents who are NOT delusional. This means there will always be towns where people live in the past when the town USED to have a great team and so they refuse to change.

Also, STOP hiding behind your computer. Get out there and put on free clinics, do free seminars and PROVE what you can do. I always say, You Can't Fake Results. This means YOU must also be AWESOME. Don't just talk about it, BE ABOUT IT.

Should You Discount Your Rates?

I never did this but approx. 2 years ago almost 30 athletes signed up from a team so I DID discount the membership. The Coach was awesome & wanted us to work together to help his team. He understood that he was NOT an expert and he needed The Underground Strength Gym to give his team the edge.

We had an intro training session and took a group pic together.

That photo went on Twitter & less than 1 hour later the Football Coach told me the guy working at the franchise speed school texted him immediately and offered to "go even cheaper".

NOW do you see why Strength Coaches are not viewed as important or valuable? Because of sneaky, unethical bull sh-t like that.

The Football Coach actually declined the sneaky offer & said he does NOT want his guys separated and he explained to Coach Cheap Pants that he's not helping the team by pulling this sneaky sh-t off.

Regardless, after we built up this team, as soon as their schedules got slightly busy with Spring Sports the majority of their parents pulled them OUT of the training, even with the BIG discount I gave them. I'm embarrassed to even say I discounted this much so I got what I deserved in a way.

Why did they pull the kids out? Because they did NOT pay attention to the power and the details of what we did. They did NOT see the value because they payed so little for their son. We did GREAT stuff for those kids and I trained them to seek out convenience and discounted rates by giving the team a discount.

Argue or disagree as you will but look who is buying food at McDonald's VS who is going to the organic butcher. BIG difference.

We ALL pay, somehow and someway, we all pay.

We may not pay in dollars, but we will pay through effort, dedication, sweat, intensity and WORK.

For ALL The Strength Coaches out there, both experienced and inexperienced, we ALL have a standard to uphold. That standard is Nothing Less Than Excellence. You must always get better and always improve. You owe it to your athletes.

Now, if you genuinely care, this will seem natural. If you are solely "running a business", you will feel threatened by everything I just said.

And if you don't care, make sure you step away & let someone train the athletes who DOES care.

The minimum goal is to change the lives of these kids. It ALL starts with Genuinely Caring. 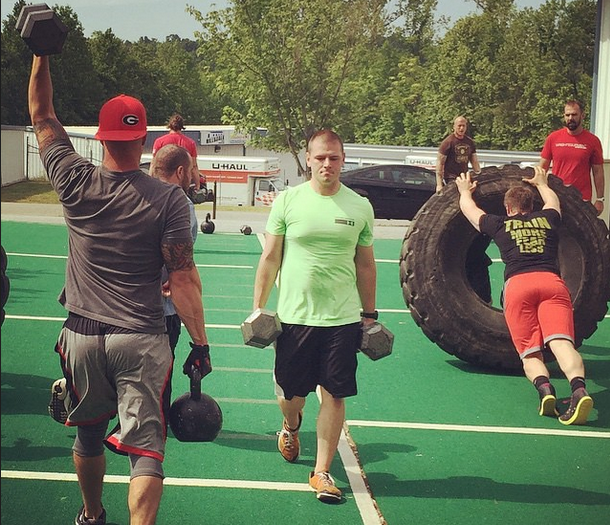