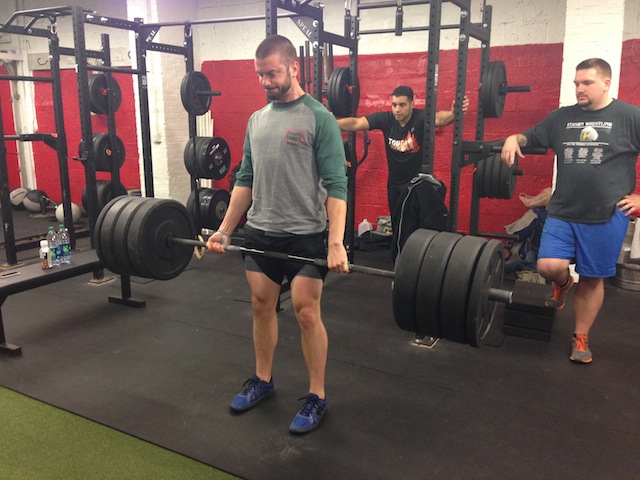 It’s been exactly 1 week since I was out celebrating becoming a certified Underground Strength Coach with my newly found brothers in strength. This was a weekend that forever changed my outlook on lifting, living, and learning. I’m sure I’ll say that multiple times throughout this little review, but it is entirely true. Zach is a top-notch coach and all around amazing person overall.

For everyone who has met him, you’ll easily agree. I apologize in advance for this lengthy write-up, but I feel it’s absolutely necessary to describe, in detail, the impact Zach and my fellow Underground followers had on me.

I’m going to back up just slightly before this weekend to when I actually decided to take  that leap and sign up. I’ve trained individuals before, but never at the level that I truly wanted to. I knew that if I was going to get myself to where I needed to be, changes needed made. Enter the USC Certification. 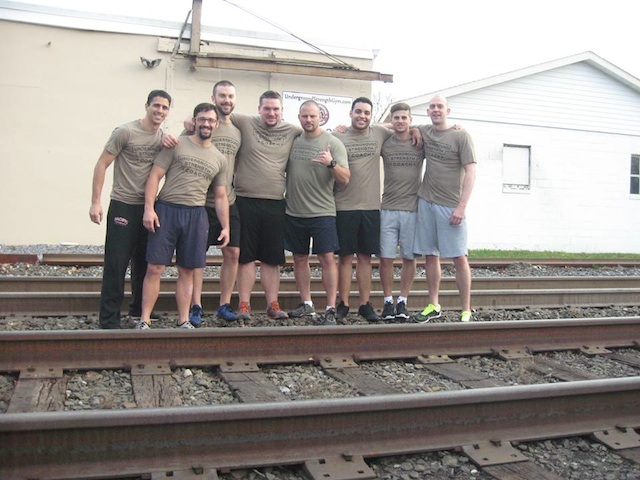 I’ve been a follower of the Underground for a year and a half or so now and fell in love with this training style. It’s so unique and different, yet time after time Zach continues to churn out beast after beast. When I first learned of his certification, I put it in the back of my mind that I was going to attend a seminar at a future date. Fast forward to August of 2013 and I was set to fly out to New Jersey to get some knowledge bombs dropped on me! And hopefully make some new friends, as well (which definitely happened).

I got in a couple days before the seminar was set to begin, so I had plenty of time to relax and mentally prepare myself for the onslaught of information I was about to take in come that Friday / Saturday. Thursday came, and Zach said the gym was open at 4 and to come by, so I obviously did just that. I walked into the Underground and immediately had chills running down my spine. This was it.

This was what I waited so patiently for months to lay my eyes upon. It had everything you need to become a strong, jacked, insane lifting machine: barbells and bumpers/plates, dumbbells, kettlebells, sleds and more.

I walked up to Zach and he greeted me with a huge smile and hearty handshake. I knew immediately I had made the right choice coming here. He had a class going on, so I sat for a while to watch Zach take these young ass-kickers through a brutal workout. After hanging out at the gym for a while, I met 2 other guys that were going to be attending the seminar over the weekend, my Scottish bros Grant and Craig (more on them and the other dudes later). 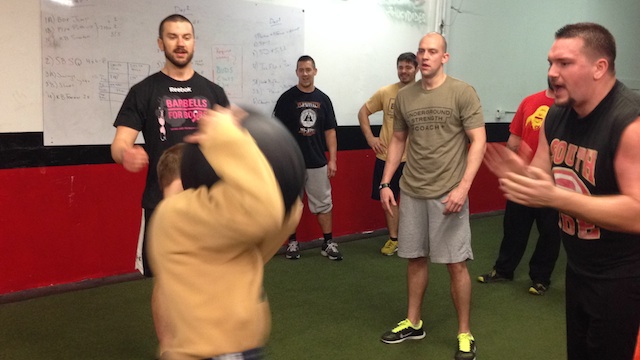 We got a ride back to our hotel via Zach’s sweet ride and crashed for the evening. Friday was here. This was it, time to get to work. Grant, Craig and I got to the gym and met up  with the 4 other guys that were here to learn and train. Everyone was so humble and eager to learn.

We all instantly clicked. There were no egos here. No judgement. Only open minds, ready to embrace whatever Zach had in store for us. The adrenaline pumping through my body was unlike anything I’d ever felt before. I was ready.

I’m not going to reveal anything we did at the seminar in case anyone whoever is reading this hasn’t attended yet (you cheap bastards), so you have to take my word for it when I say that it was UNREAL. The next 2 days were a blur. 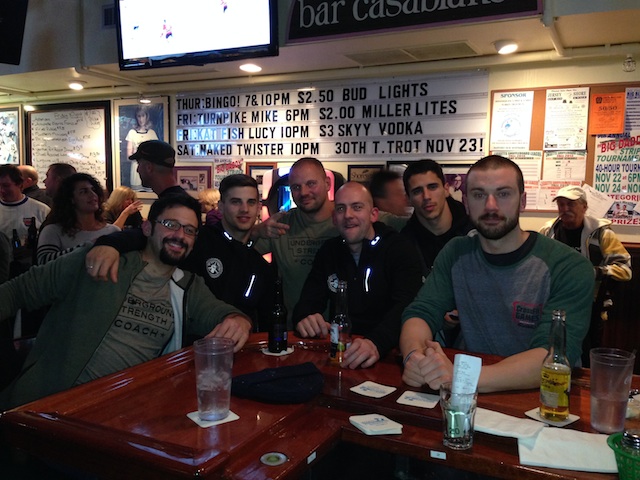 We all became friends just like that. I, personally, also ate more food than I think I’ve ever eaten in a 2 day span, ha! We were training like beasts, so I had to eat like one!

I’d also like to mention the other guys that attended the seminar: Dylan, Grant, Craig, Bill, Josh, and Heron (the BRAZILIAN NINJA!!!!). You all made this certification turn out to be what I expected and more. Dylan, coming off a recent RKC, is easily one of the smartest guys I’ve met and I know he’s going to go places.

He has that drive that is hard to find in most people. I know all of the other guys will agree. Bill works like a madman at his job (still working crazy hours, bro?? ha!), yet still has the drive and passion to become a successful coach.

Josh works as a cop up in northern Jersey on a swing shift, has a family to take care of, and still finds the time to train and is striving to teach others in his garage gym. You couldn’t find a better example of a humble, STRONG father, husband and overall

MAN. Props to you, my friend. Heron, the crazy kid that he is, came all the way from Oregon in the middle of a semester to learn from one of the best coaches out there. I do believe he fell asleep standing up for a split second on Saturday after working ALL NIGHT on a paper that was due, haha. This kid is crazy! I wish nothing but the best for you, my friend!! And then you have the Scottish maniacs who kept buying me beer after beer on Saturday night, ha!!

Grant and Craig instantly became 2 of my best friends just after a few days of being around them. To Craig, good luck and safe travels to each and every place you visit on your trek across the globe! To Grant, best of luck to you as you look to expand your gym (p.s. I NEED one of those sick hoodies you guys had!!) and I WILL see you soon, brotha! I plan  on making the trip across the pond to Scotland in the very near future.

Like I said, this was a pretty lengthy write-up and I could’ve carried on and on, but I’ll leave it at that. This seminar changed my life for the better. After attending, I have even MORE vision, drive, and passion for my love of growing stronger in every aspect of the game.

Zach taught me so many valuable lessons that I know I will use throughout the remainder of my life. He gave me that little push I needed in the right direction which will allow me to succeed in my future gym business and beyond.

If you’re even thinking slightly of attending, DON’T HESITATE TO DO SO. You won’t be sorry. You’ll learn so much about life and lifting. But, even more, you’ll learn more about yourself just by being around others who put out a positive vibe. Zach and the other 6 guys gave me a good solid foundation to base all of my future success off of, and I couldn’t be more grateful. Thank you all for everything.

Make the decision now. Don’t sit through life wondering “what if.” Just like Zach preaches, get COMFORTABLE being UNCOMFORTABLE. Reaching your goals is going to be the hardest journey you’ll ever come across, but I guarantee that this seminar will set you on the right path. It certainly did for me, and I know it will for you. Live the code brothers.