Blog » 193 | How to Build UNSTOPPABLE Confidence (Lessons in Strength) 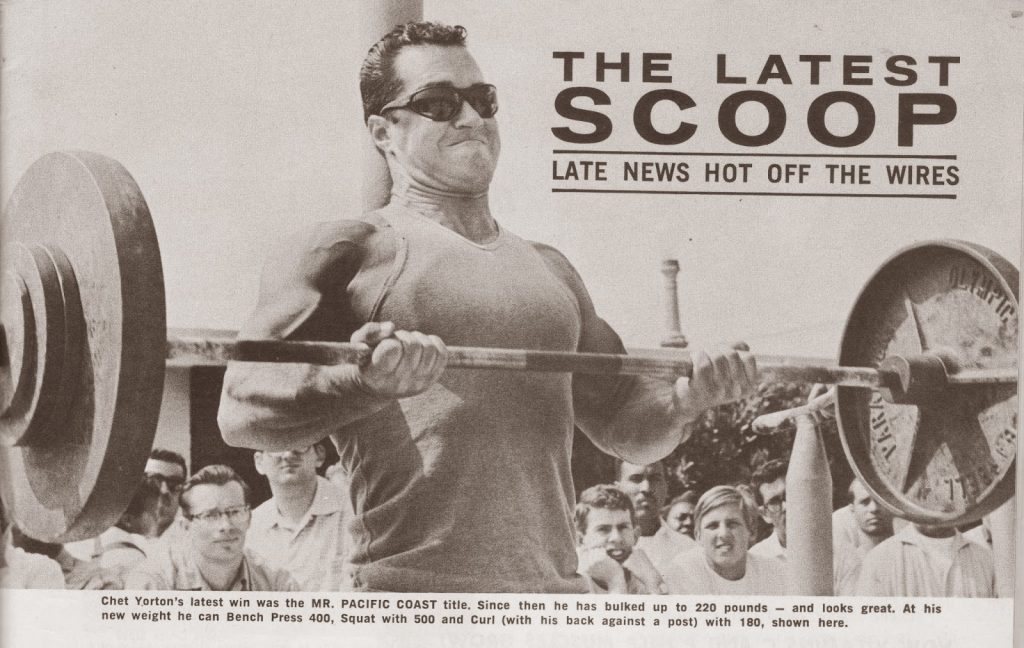 Before we get into this episode, I want to share a story of Chet Yorton, who is in the pic above and who I learned about in 1990 when I began reading Arnold's Education of a Bodybuilder.

Chet Yorton was born in 1939. He was involved in an auto accident just out of high school that cut his left eye through the eyeball, cut his left forearm from his elbow to his wrist, dislocated his hips, and shattered the bones in his thighs. His leg injuries were so bad that doctors at the hospital debated about amputating his right leg, only he wouldn't consent. 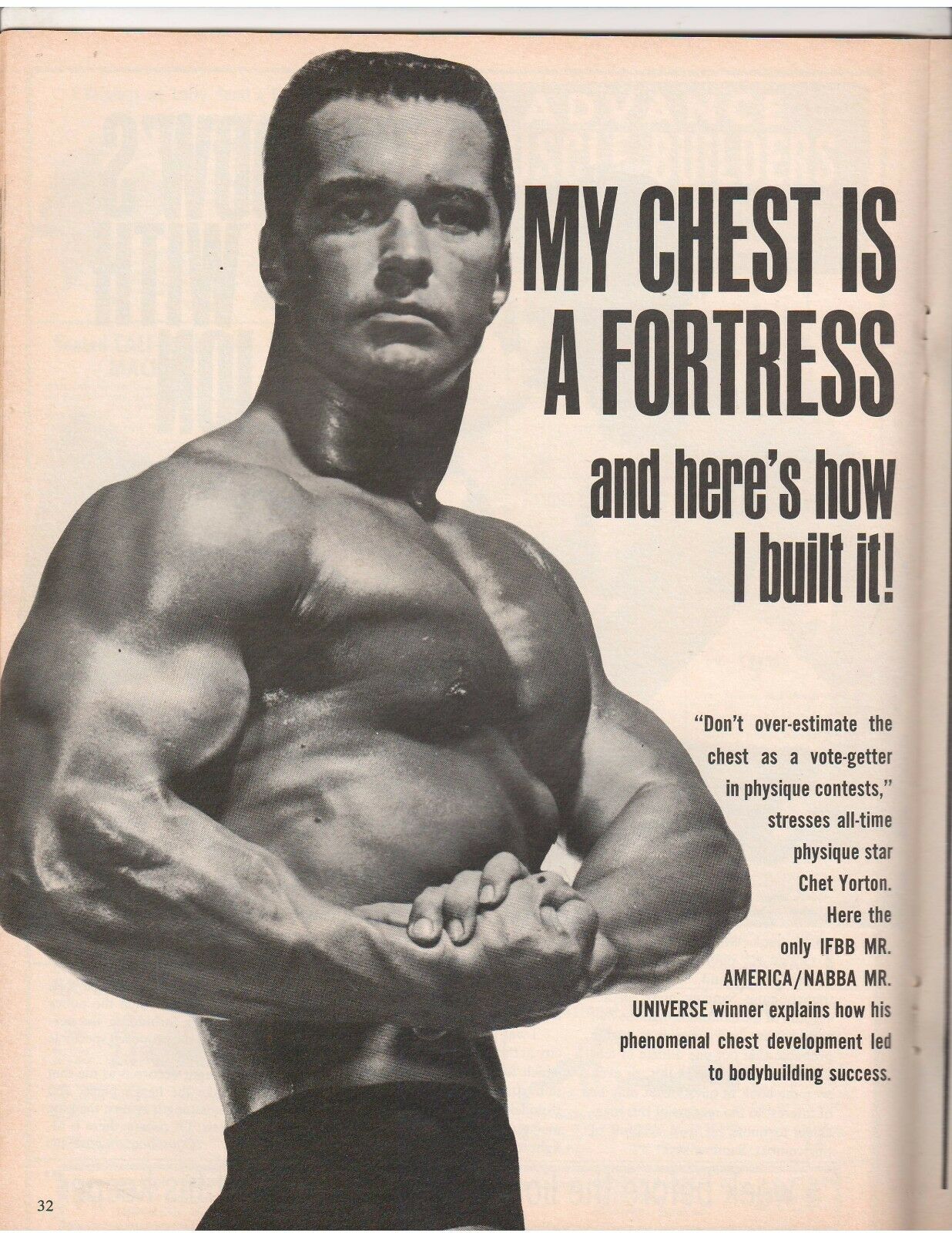 He ended up having a steel plate put around his right thighbone, and a steel rod inside the femur bone of his left leg. He was in casts from hips to toes. As he began getting about with the aid of crutches, he lost his balance and fell down a set of stairs, which re-injured his left thigh. More surgery, and then 4 months in a wheelchair before he got back to being able to get around on crutches again.

While in a wheelchair at the hospital, he noticed a set of dumbbells in the corner of a room. He never touched a weight prior to his accident. He asked his doctor if using weights would assist his recovery. Seven months later, he was 55 pounds heavier.

He continued to train, and after two years competed in a bodybuilding contest for the first time. That was in 1960. He went on to win the IFBB Mr. America and NABBA Amateur Mr. Universe titles in 1966, and the NABBA Pro Mr. Universe in 1975.

Chet Yorton's victory at the 1966 NABBA Amateur Mr. Universe contest was one of three ever occasions where someone would place above Arnold Schwarzenegger. This is perhaps what Chet Yorton is best known for, which is unfortunate, because he had a great impact on the sport of bodybuilding.

Confidence is something I used to struggle with BIG time in my teenage years and it wasn't until I drew a line in the sand to stop living that kind of life. The interesting thing is that since being a Coach and training people of all ages, I have met men who struggle with confidence STILL into their 40s and beyond.

It negatively impacts their training, their career, relationships and overall life. I HAD to get this message to you. You might need to listen / watch a few times. The only way for this to work is to keep moving forward, inch by inch, brick by brick.

If I had to give myself a piece of advice to my younger self it would be to BELIEVE!

I still see adults today who struggle in many areas of their life because they lack confidence. They struggle in their career, relationships, health and more.

Eventually, you must get out of your own way and start OWNING Life. 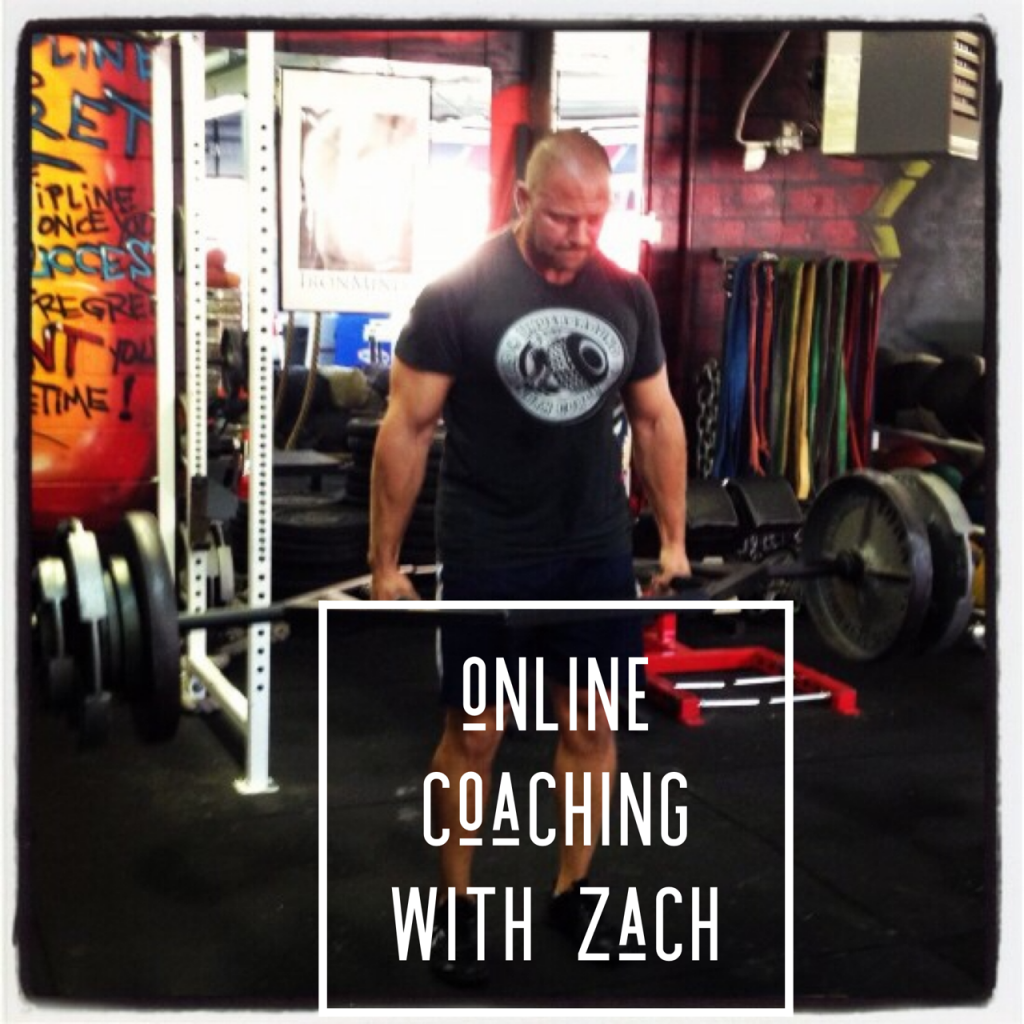