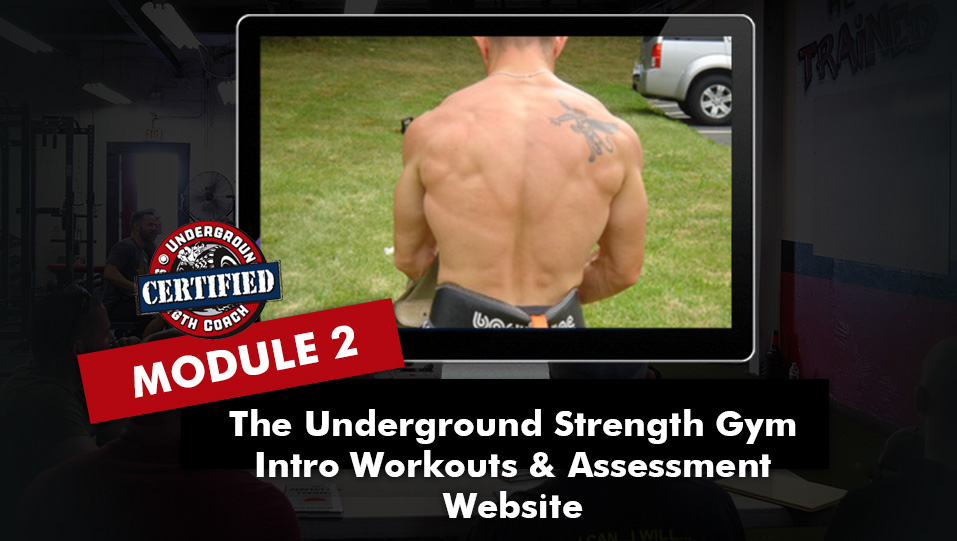 The unnecessary complications that people make for nutrition and training is staggering. It's mind boggling, actually. In fact, it is heartbreaking to be honest with you. Why the heck are people so confused nowadays?

It's simple. Information overload. And, the most popular information is often times connected to supplements. The supplements fuel the marketing / advertising dollars. I am lucky that I grew up in REAL "Hardcore Gyms" where I began to learn that the biggest guys were the strongest guys.

It took to REALLY hit home with me as the magazines told me otherwise. The magazines had fabricated articles and they spoke about squeezing the muscles and pumping them up, primarily with machines, cables and light weights.

Now, when I train athletes, it's primarily free weights and calisthenics.

What happened to JUST doing the Basics in both training and nutrition?!?!

THAT is how the strongest & fastest athletes got their results. It wasn't ALL the fads & gimmicks. The best athletes, of course, had great coaches & mentors.

I spent a day with Kirk Karwoski recently at Marty Gallagher's Purposeful Primitive Seminar and Kirk shared his training plan for his first World Championship; It was a 2 x week training plan!

Twice a week training for a World Title!

Of course, you can SEE the intensity Kirk trained at. Most people LACK 2% of his intensity and effort. Muscle growth and Strength require some serious EFFORT! I am actually slightly disappointed that I have to write such a thing, I would assume people KNOW this.

Heck, maybe people Do KNOW this yet they just don't want to DO THE WORK!!??

Don't talk plyometrics until you've got a beautiful squat.

In these videos below, you can see a glimpse of what we do at The Underground Strength Gym. I remind you, I can't hold the camera all the time, so again, it's just a small GLIMPSE.

I'm NOT recording when we've got guys squatting and benching heavy. I am spotting and coaching them.

The sleds and carries allow for me to hold the camera. Not squats, benching, cleans, etc.-the more technical movements require my coaching.

The other video is where I discuss nutrition tips from The Golden Era (the 60s and 70s) that have stood the test of time 50 years and counting.

When an athlete struggles to gain size and strength, I think back to a conversation I had with an old friend from my bodybuilding days.

He was lighter than me in our teen years and when we ran into each other 12 years later, he was 235 lbs compared to 165 lbs. A few years later and he was 275 lbs. I asked him how and he spoke of The Anabolic Diet via Dr. Mauro Dipasquale, who also helped my buddy Johnny Welbourn.

My buddy was eating 12 whole eggs for breakfast and then again as his last meal of the night.

The work is something you must chase, NOT avoid.

For your training, follow The Underground Strength Workout of the Month HERE.

I've been a BIG fan of training 3 x week and then if you want a 4th day, use that day to work on weak areas or hill sprints. To get stronger and bigger you MUST recover. I have found that those who train a LOT, they end up pacing themselves and never really working hard enough to produce gains in size and strength.

They are coasting along, thinking to themselves, "It's OK, I am training tomorrow, anyway."

You NEED intensity when you train, make NO mistake about it.

Underground Strength Workout of the Month 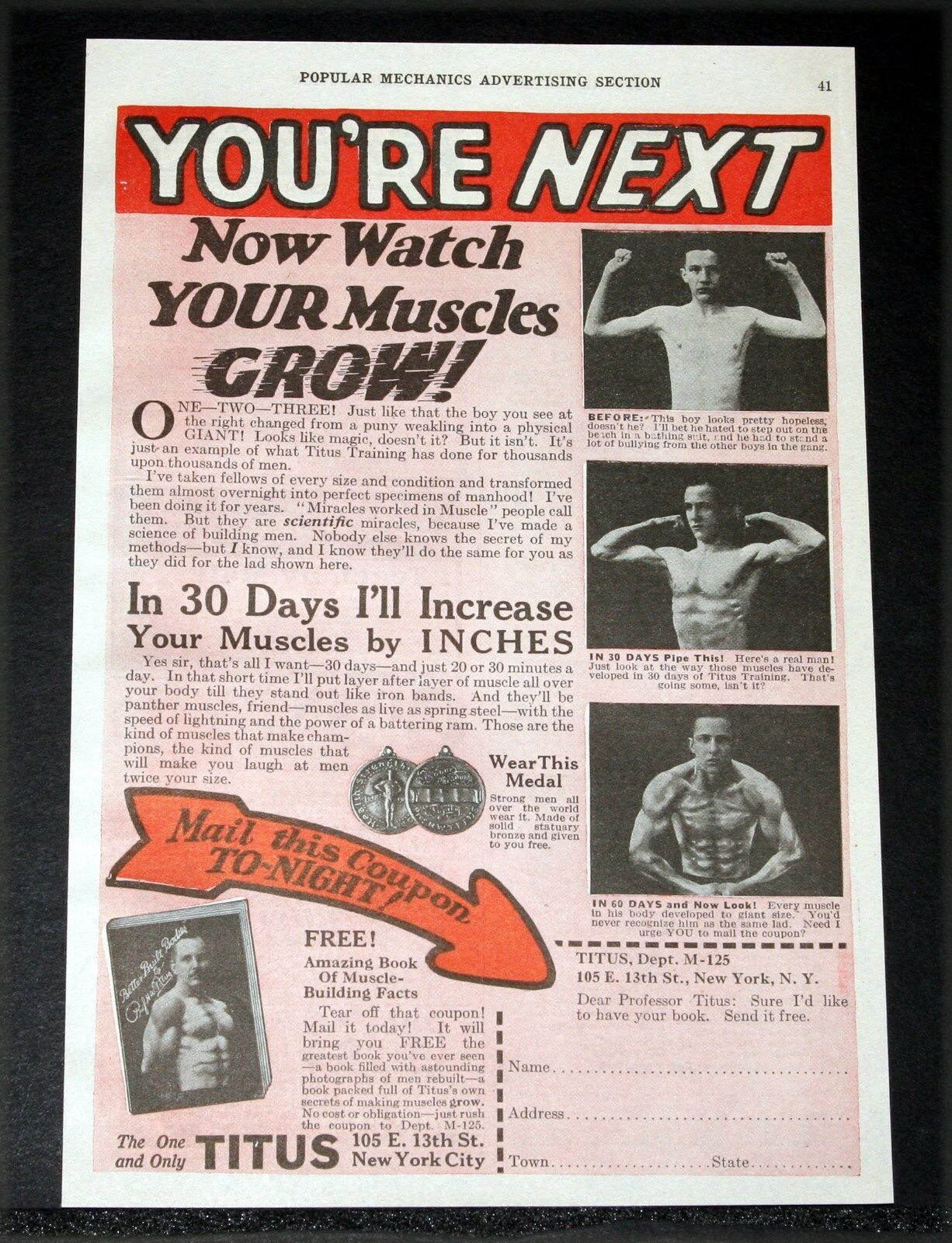 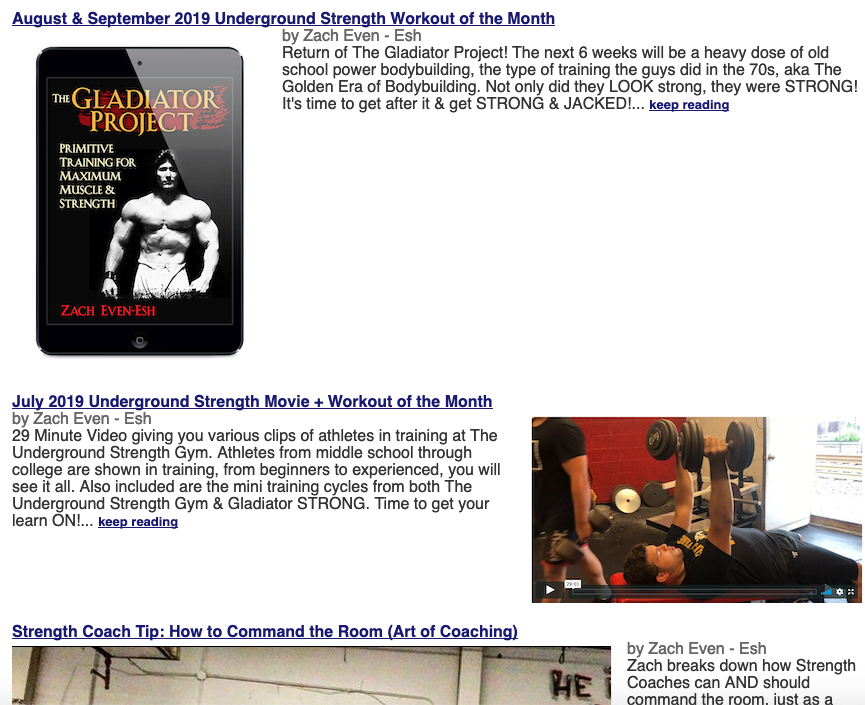 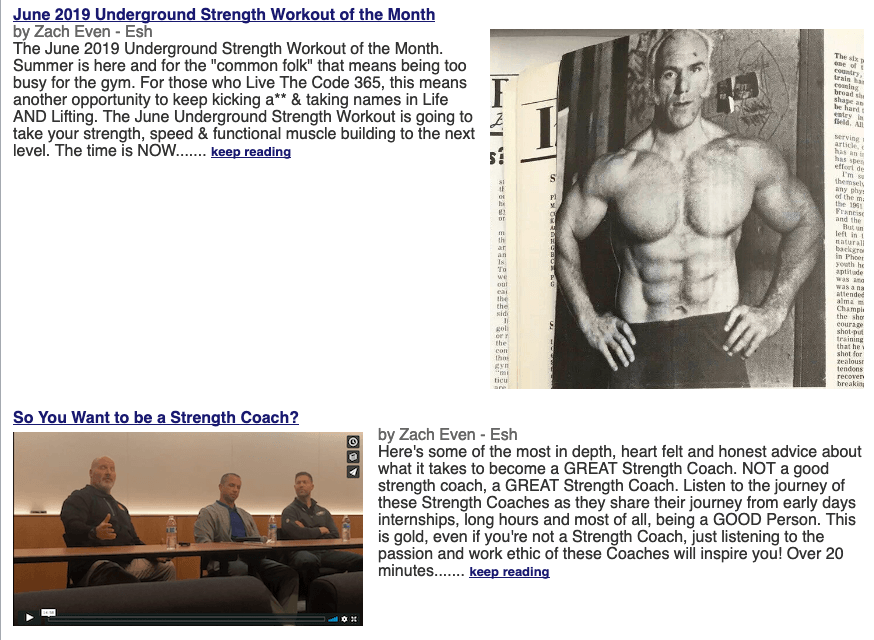