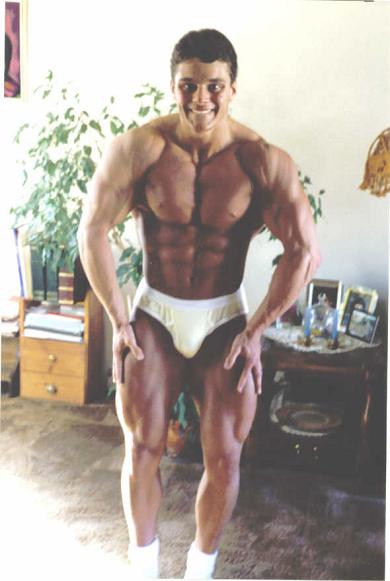 In the 50s and 60s, strength sports were a small "Underground" cult. Even in the 70s. Until Arnold hit the big screen, bodybuilding and literally building your body was viewed as something only a narcissist would do. Today, of course, being strong, fit and healthy is viewed as "normal".

I have been getting back to my roots lately, even with my time crunched workouts, I'm hitting the underground bodybuilding methods and it's paying off big time. When I use the term "Underground", those early 2000s are much different than today's time, 20 years later.

I have learned so much from the bodybuilders and lifters of the 60s and 70s. And of course, the physical culture era of the early 1900s. Sometimes I assume that many people are familiar with these methods, but I am proved wrong when I watch someone train.

The powerlifters of the 60s, 70s and 80s. They had minimal gear and many of their records still stand to this day. Kettlebell complexes such as Goerner The Mighty's Kettlebell Chain from the early 1900s, many of the "influencers" today have never heard of the strength legend. Men like Tommy Kono and John Grimek who were both pro bodybuilders and Olympic Weightlifters to rival the best in the world did it ALL.

They also had minimal drugs back then. Today, we have teenagers on drugs and so they NEVER learn the work ethic involved with pushing the body naturally. Hence the phrase, "EARN it!" 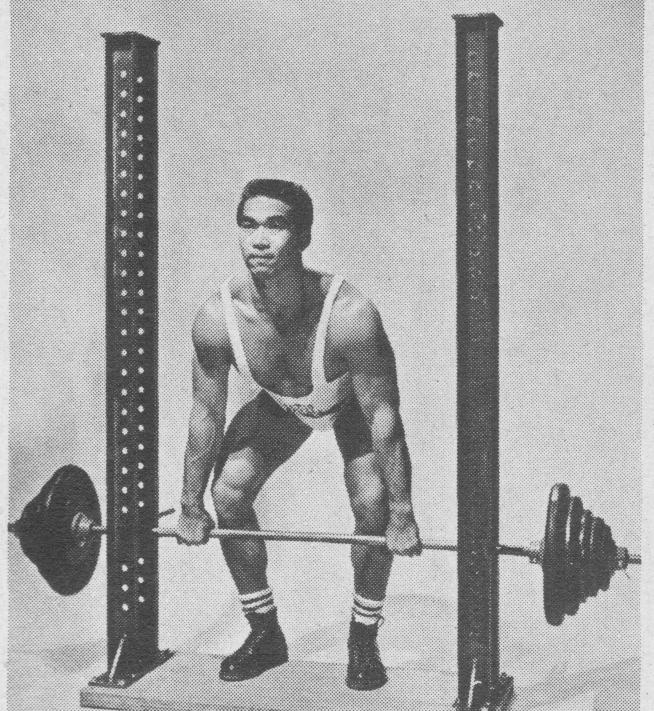 It's amazing how quickly you can add muscle and strength when you're putting together the right formula. Basic lifting and basic eating were the way. In the 60s, Vince Gironda created the Steak and Eggs Diet. Today, it is similar to The Keto Diet.

Robby Robinson's training was basic as was his eating. Barbells, Dumbbells, Calisthenics. Nutrition was steak, eggs, chicken, fish, ground turkey, potatoes, oats, yams, fruits, veggies. Robby lifted moderately heavy one week with reps in the 6-12 rep range, the next week he would go light and perform supersets and even circuits of 4 exercises in a row (Joe Weider called these "Giant Sets"). 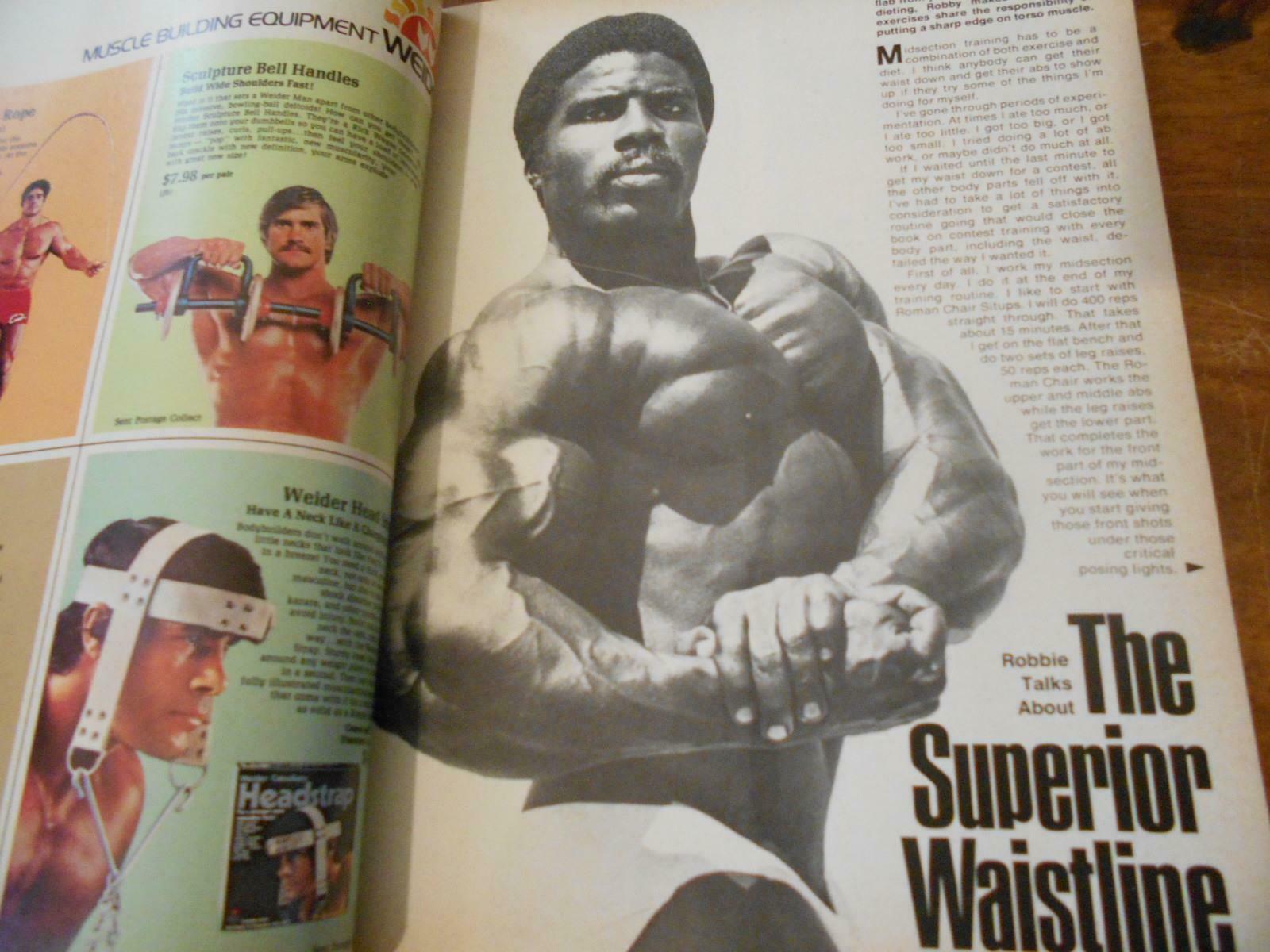 Unfortunately for me, the information I came across in the 90s didn't get me started in training the right way. I took a path of training and my hopes is to help everyone avoid those mistakes, no matter your age. There is much to learn from the "old school" methods of The Golden Era and the newfound science of today.

And also, as I am "older" now and much more experienced, I've learned how to optimally manage my intensity. Louie Simmons often shares his biggest lesson from Dr. Mel Siff which was this: "Train optimally, NOT maximally."

In a nut shell, do the work but never destroy yourself. Perhaps being a wrestler is what broke down my body. I never felt a set was over until I could not move. Endless forced reps, negatives and drop sets. Nothing good comes from that. Nothing.

Today......Most of the time, my training sessions are moving at a fast pace. I rest minimally, perform a lot of supersets and love pushing the pace. It's a blend of body and mind. I have a family and multiple businesses that I run. This means that BSing in the gym, checking my phone endlessly is NOT on my list of things to do.

I give myself one video per training session. Then I do my OWN work.

I've been finding ways to mix bodybuilding, powerlifting, strongman and gymnastics type movements into one pot.

I also incorporate Weightlifting movements with low reps. Primarily cleans from different positions. These are great for adding size and strength to your legs and back. 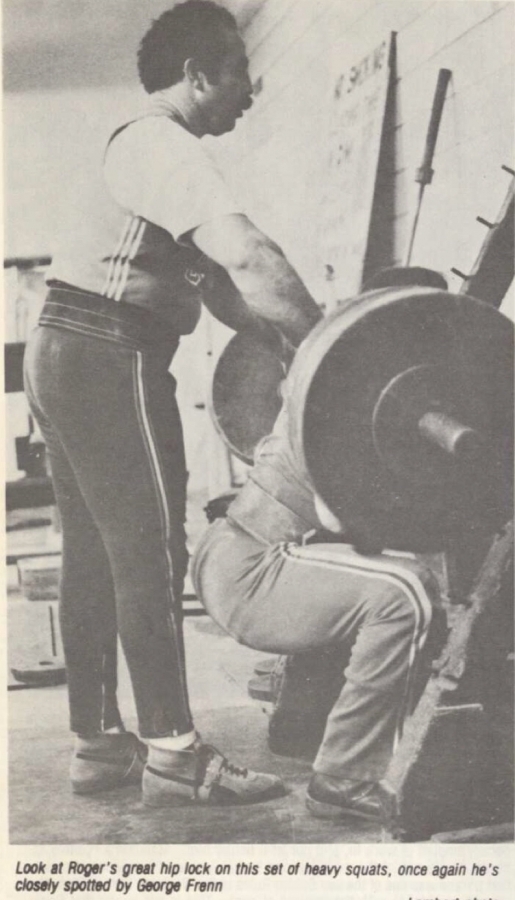 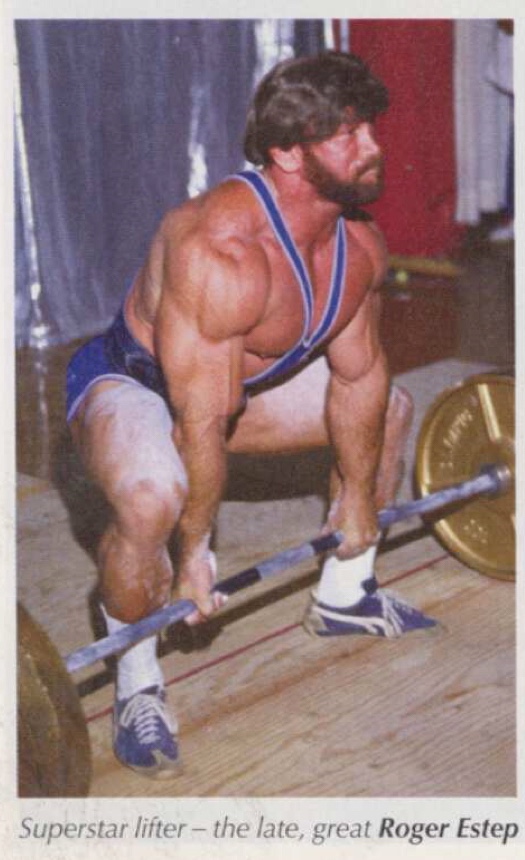 For example, here's a finisher with 3 rounds of Sleds, KB Swings and Keg Carries or any variation of Kettlebell Carries as outlined in The Encyclopedia of Underground Strength. 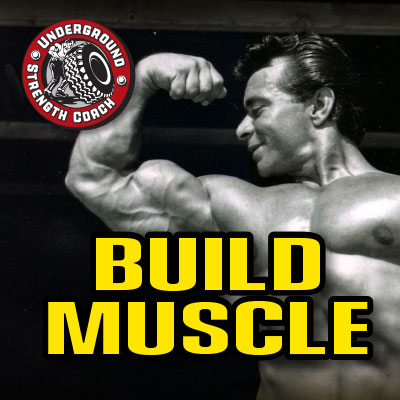 I made a lot of mistakes when I was a kid trying to be a bodybuilder and an athlete. For the most part, these do not go hand in hand unless you use the methods of bodybuilders who doubled as powerlifters or Olympic Weightlifters. I mentioned men like Grimek and Kono earlier.

Life would have been different for me had I come across Bill Starr's work. I never saw his book in the book store, though. I saw only the major magazines and Robert Kennedy's books such as 'Maxi Cut Legs' which shared stories and tales of Tom Platz's insane leg workouts that no 15 year old should copy. 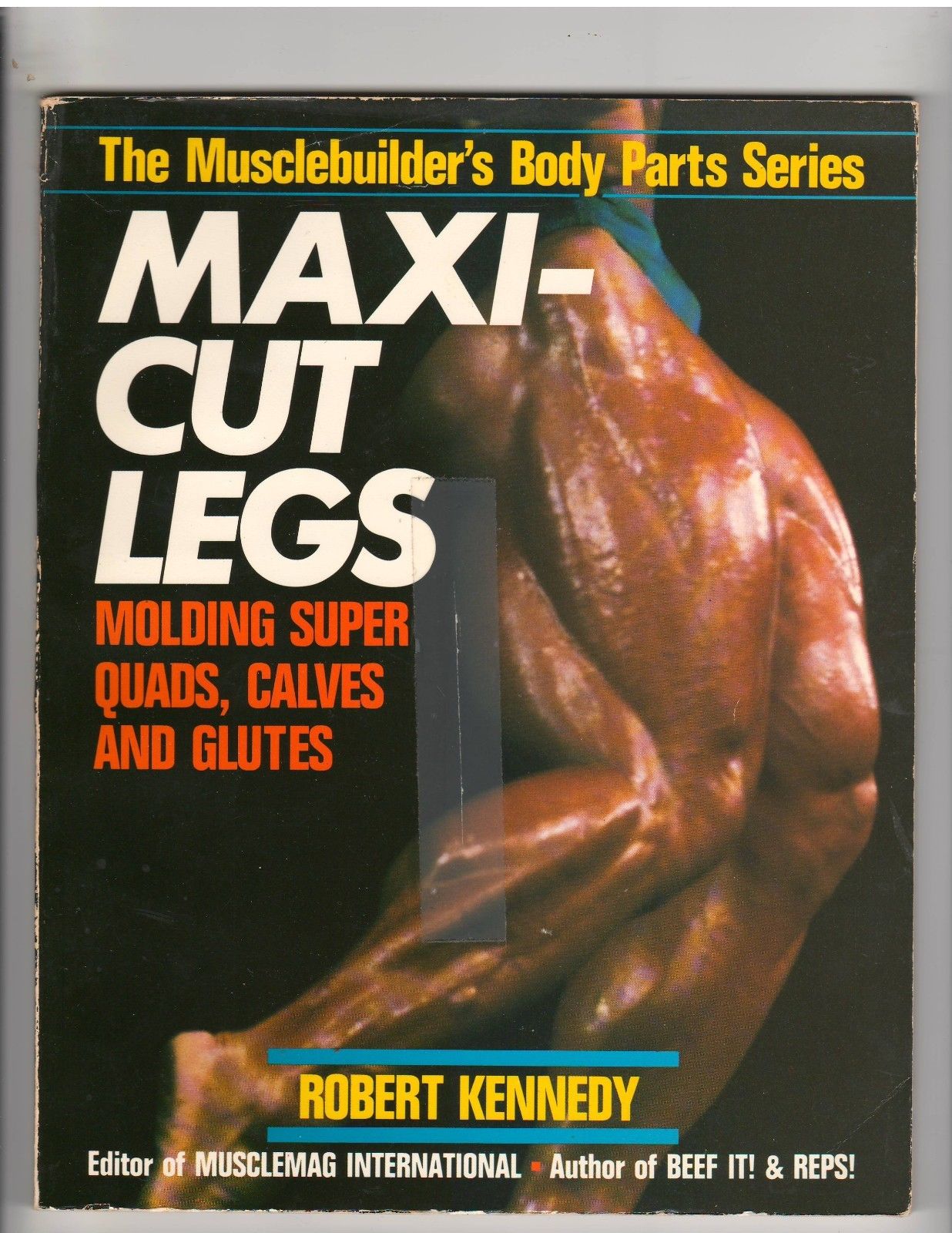 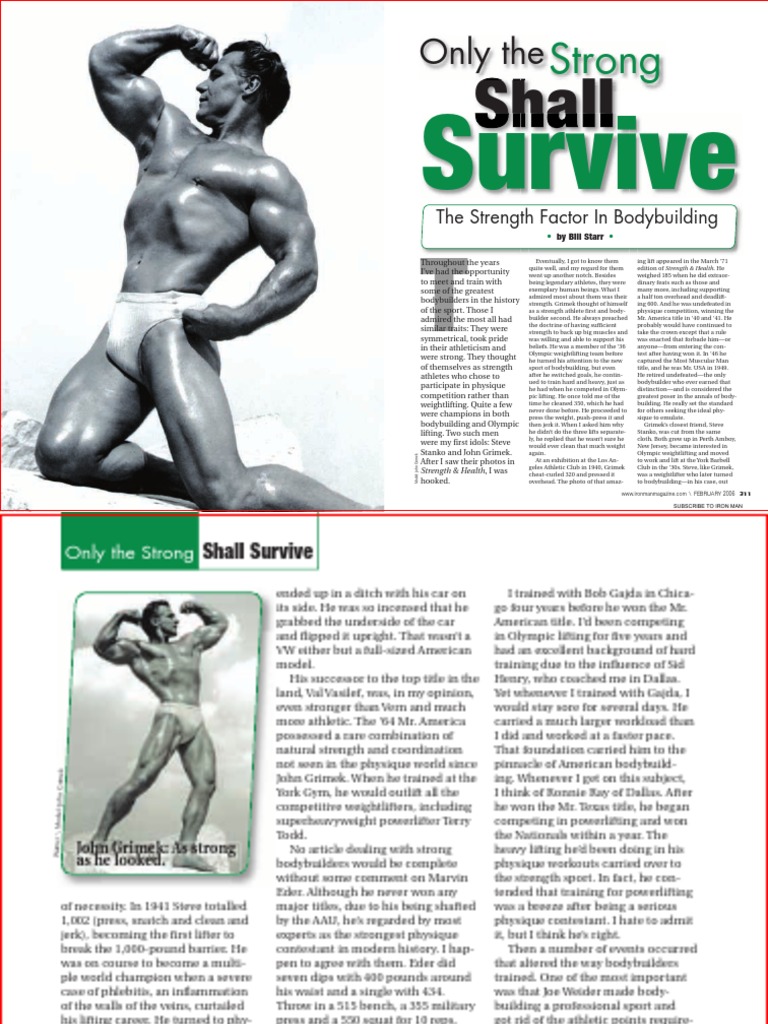 The information in the early 90s was so horrible, it destroyed my body. Lucky for the athletes I train today, they get to bypass all those mistakes but sometimes I question if they even give a sh-t about what they learn.

For many young athletes, they don't like being coached. They want to train the way their favorite pro athletes trains on instagram. "Shock and Awe" I call it.

Test that 1 RM bench every week with horrific technique. No warm up. Squirming, crooked barbell, head turned sideways, hump the ceiling and any other crap technique you can think of.

What about push ups, pull ups, sprints? That'll get you further than those ugly bench sets.

They say "I can't squat lower" yet they want to keep squatting heavier. That's like losing a fight and then requesting to fight the same guy 2 minutes later.

You can't squat low or you don't want to squat low? Which is it? 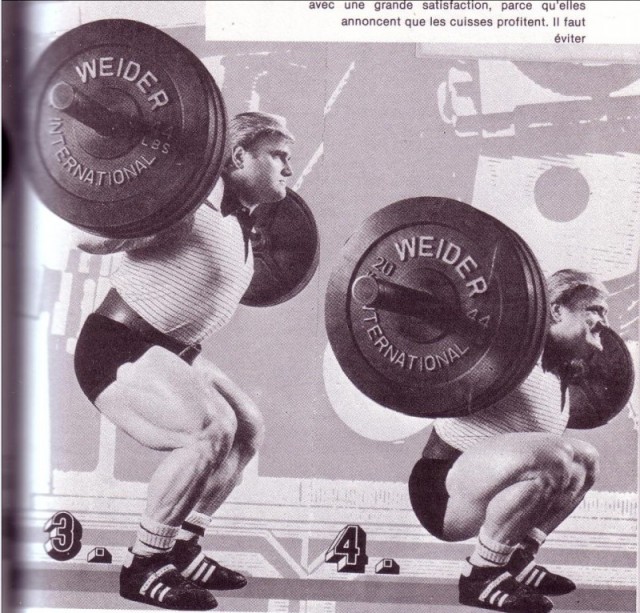 I STILL remember the exact day I was training at Diamond Gym with my training partner and our trainer when I was bodybuilding. Tony saw me squatting with my close stance and NOT going all the way down. He yelled at me and said "WTF is that!? Squat All the way down!"

His response: "I don't f--king care. NONE of those reps count and you're not going anywhere or adding any weight until you squat ALL the way down." Every half rep he would shout out, "Zero. Zero. Zero." I must have done 8 half reps until I listened.

Tony told me I had to open my stance wider and FORCE myself down. ALL the way down. I normally squatted 405 or 425 at this point. I was a month from turning 19. I was pushed to evolve and get better. I resisted a few minutes and then became a listener. I squatted 315 that day instead of the normal 405. The next week I got to 365. And then the 3rd week, with my new technique, I was squatting 405 again.

Tony refused to count my reps at 135 which were half reps. He told me how and why powerlifters had such massive legs. He explained the best bodybuilders did deep squats. I had to squat deep and open my stance, like a powerlifter. Tony said that is how I will build the legs fully, muscles all around.

He FINALLY started counting my reps when I listened and dropped below parallel. 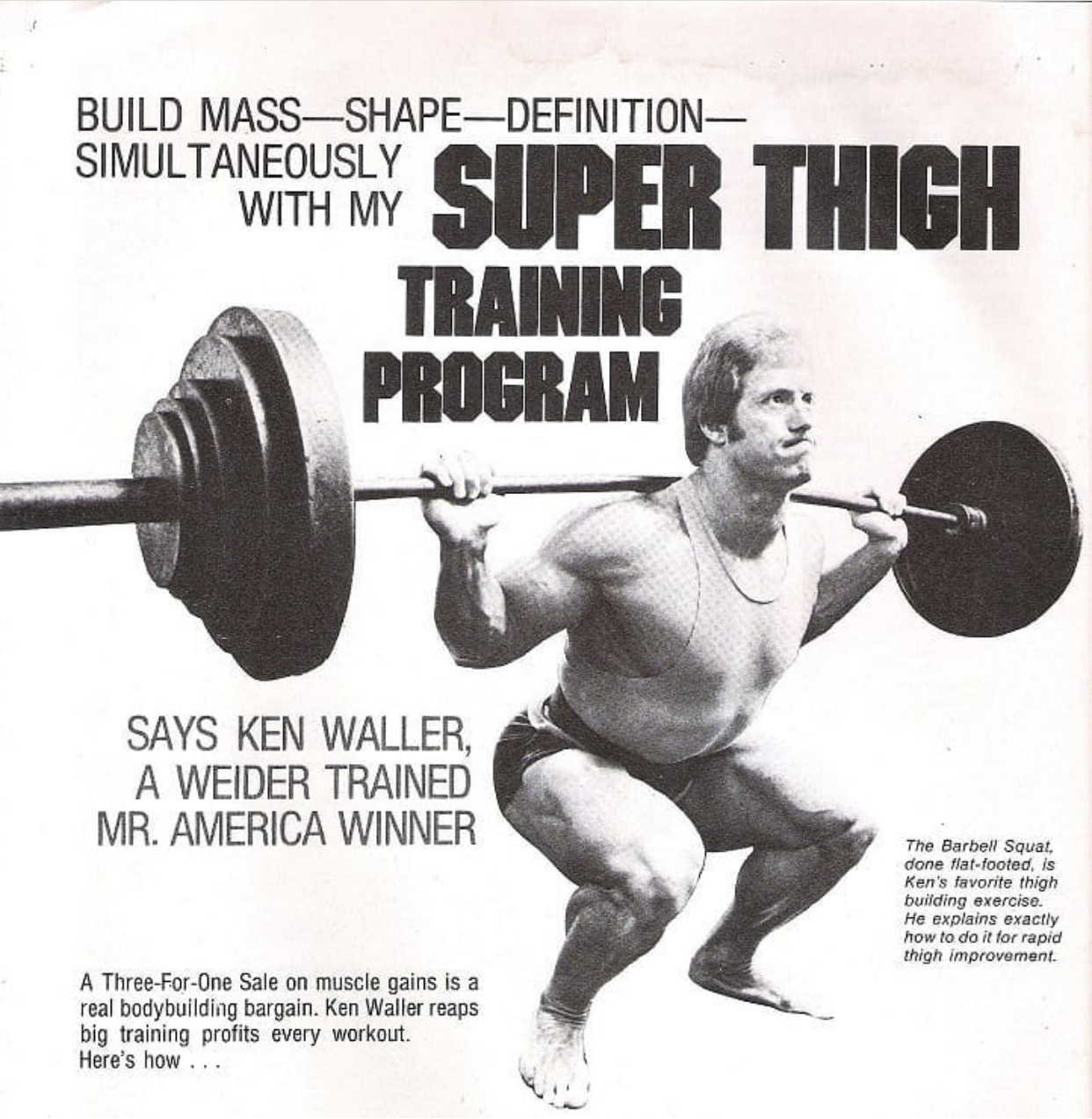 At my peak, I squatted 455 for sets of 5, 495 x 3, 315 for 22 reps and 225 for 50 reps. With the right training I could have exceeded this AND stayed healthier. I also trained alone for much of my life. The strongest athletes have great training partners and mentors / coaches.

My best deadlift was 545 lbs and I recall that night like it happened yesterday. I told myself I could NOT go home until I pulled 545. It was ugly but I got it. I pulled 545 again, much easier, when I never trained the deadlift heavy. Go figure. I learned that speed was crucial to build the deadlift.

Farmer walks with 200 lbs per hand, dragging sleds on rough cement that weigh almost 400 lbs and much more. I never performed conventional deadlifts when bodybuilding. It was always the RDL. That's all I knew back then. Heavy, deep squats did become the norm thanks to Tony screaming at me that winter night in December of 1995.

I recall adding a lot of size when I began performing the hang clean and press. It was a muscle clean but this lift blew up my back, traps and shoulders. I had heard of Dave Draper and Robby Robinson performing this lift and so I began as well. It was a great lift and even as a muscle clean, this has a transfer of training to sport. You feel explosive and aggressive doing this lift.

Now the combination of past and current knowledge is meshing together. My friend Matt Wenning said that once a Coach REALLY understands training, he is most often past his prime. If I had my knowledge today I would have had MUCH less injuries. Matt and I discuss program design in depth as a Bonus to The Underground Strength Coach Cert HERE.

My intensity was actually TOO much back then. Certain lifts can be safe at high intensity while others must be controlled. If you're willing to learn, use the search button. There are countless articles, videos and podcasts that await the hungry lifter who wants more.

Until the next time... 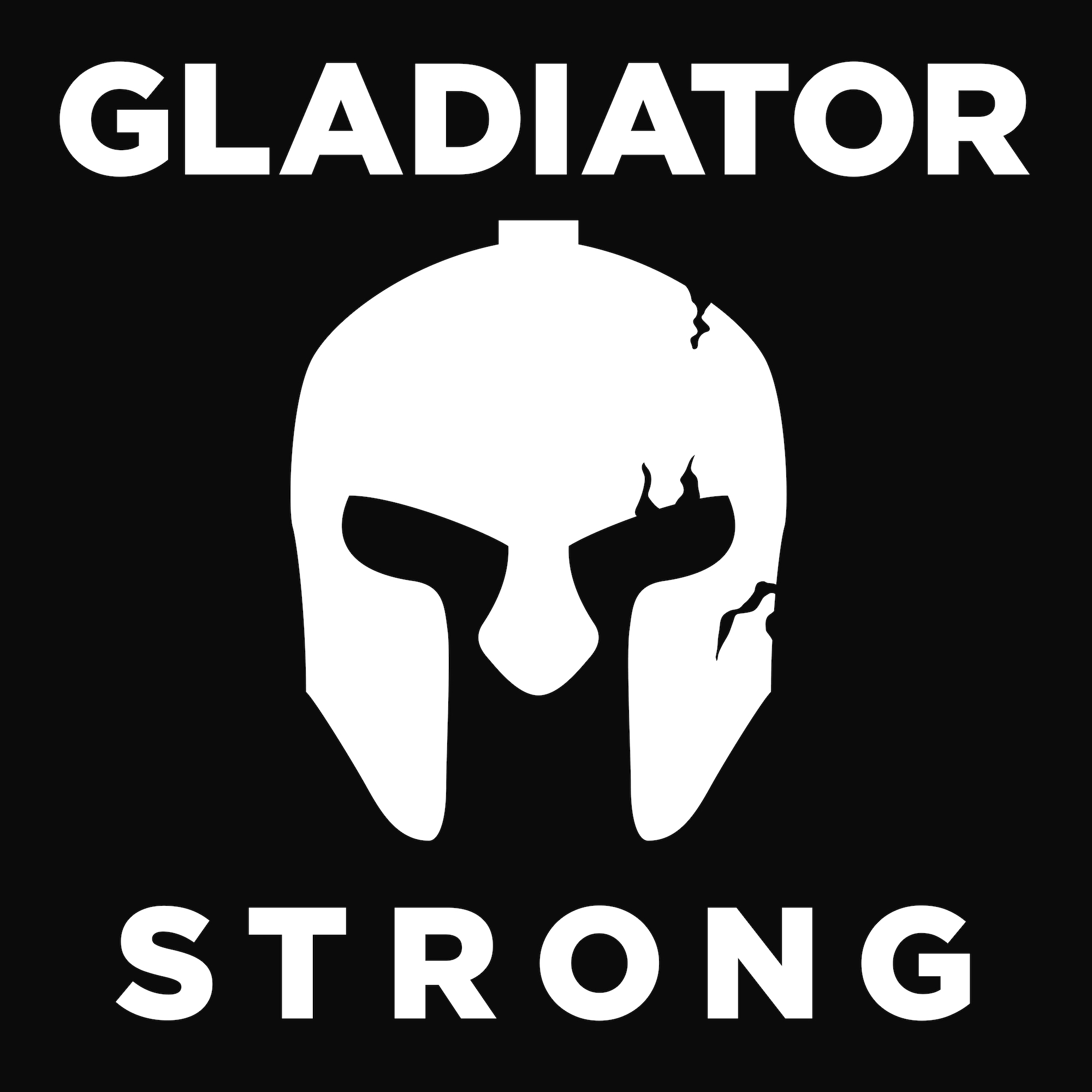