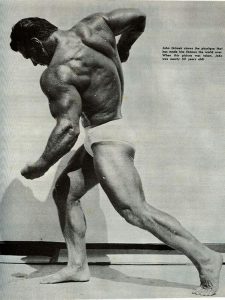 "Before my father died, he said the worst thing about growing old was that other men stopped seeing you as dangerous. I've always remembered that, how being dangerous was sacred, a badge of honor." That line from the movie Act of Valor always struck a chord with me. And I've had an older friend say similar to me. How when you're 175 lbs nobody moves out of your way. He doesn't mean that in an arrogant way or in a insecure way. I understand what he meant. He meant that other men don't see … END_OF_DOCUMENT_TOKEN_TO_BE_REPLACED