I've been doing a LOT of thinking about the various ways I have trained since starting back in 1989, well over 25 years of experience. I thought about the methods that wasted my time and didn't produce anything but all show and NO go muscles. Those days bother me BIG time because they have scarred me for a lifetime and unfortunately didn't help my success in athletics. I also thought about my days of squatting 455 lbs for reps. My days of breaking away from what the other guys in the gym were … END_OF_DOCUMENT_TOKEN_TO_BE_REPLACED 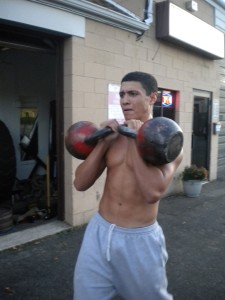 Back in the day when my garage, backyard & playgrounds were OUR training grounds....... [youtube width="640" height="390"]http://www.youtube.com/watch?v=cx1-eehKHrQ[/youtube] One of my most popular training courses sparked a TON of controversy when it was released. I remember like yesterday, people e mailing me about negative words being said about me. These were BIG name Coaches shouting angry remarks from around the world, I kid you not. At the time, I was training athletes from my … END_OF_DOCUMENT_TOKEN_TO_BE_REPLACED

MANY people loved my article on The Pussification of America. MANY also complained about it. Here is 101 seconds of TRUTH from one of the baddest BJJ fighters in the world, Dustin Denes, his origins come from wrestling. If you are sensitive or under 18 this video is NOT for you. https://www.youtube.com/watch?v=2Xvzoftq59s   Seek & Destroy..... Go Hard or Go Home.... The training program that needs to be administered to eliminate The Pussification of America is … END_OF_DOCUMENT_TOKEN_TO_BE_REPLACED

Above, Jesse, before The Underground and 2 months after. Below, a compilation of Jesse's progress through the months at The Underground Strength Gym. Tales of an unlikely BEAST..... Dude shows up at The Underground looking to prepare for his future.... classified shiz, NO joke. Former collegiate fencer, pissed off at his physical abilities, motivated like hell to become a BEAST. He changes hit nutrition, gets rid of the crappy carbs and chows down on loads of fruits, veggies, trail mix … END_OF_DOCUMENT_TOKEN_TO_BE_REPLACED 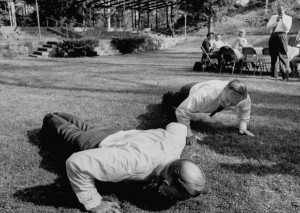 Years ago, I was lucky enough to come across a College Strength & Conditioning Coach who I related to very much. His psychological and physical ways of training made sense to me BIG time, perhaps because we were both wrestlers. But, this guy, was PURE Gladiator! No 2 ways about it, he was a Bad MoFo. His own training began in elementary school where he would go out and run 5 miles on his own, without a Coach telling him to do so. In middle school he wanted to wrestle, so the high school … END_OF_DOCUMENT_TOKEN_TO_BE_REPLACED

Wanna know how I think about training my clients? How do I organize their workouts for maximum results in muscle building, strength building, power development and conditioning? Watch this video and drop a comment as I reveal some seriously kick ass info! Any thoughts, comment or questions on the video? Drop a comment and I'll answer. If you want to see exactly how I trian my clients and myself, ALL workouts are documented daily at http://UndergroundStrengthCoach.com Peace! --Coach Z-- PS: … END_OF_DOCUMENT_TOKEN_TO_BE_REPLACED

When I first began trianing my dungeon garage my only rule was, "There are NO Rules." I was tired of being confined to routine and rules when I was training in a commercial gym setting. I have learned that there is no 1 tool or 1 way to make things happen - there are many ways. On the flip side, there are ways that are much better than others. But if all you do is follow the rules, you will not exceed your boundaries or the limitations people tell you about. Break the rules and start … END_OF_DOCUMENT_TOKEN_TO_BE_REPLACED

You hear that tune in the background of this video? Watch the video and read on, I'm gonna tell you about a dream and how you can achieve your dreams as well, but first, let go of your fear.... Can you FEEL the energy from that video or what baby!?!?! That was the latest Underground Strength Coach Certification and it rocked the freakin house SON! Now, onto that story I was gonna tell you about... It sounds corny, but hang tight with me, it's the truth. When I was 11 or 12, before I even … END_OF_DOCUMENT_TOKEN_TO_BE_REPLACED 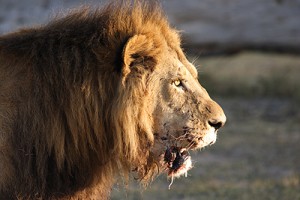 Sometimes I get a bit fed up with things and I just dont wanna keep my mouth shut. Let's talk training, which all of us should be here for, and, if you're a fitness professional, pay attention to 2 resources I'm gonna hook you up with. TRAINING: I have received, no lie, a good 30 e mails and near 10 phone calls to my gym from a supposed "hard gainer" He is always asking about the exact sets, reps and specific program he should follow. He told me he has followed near 30 programs. He has … END_OF_DOCUMENT_TOKEN_TO_BE_REPLACED