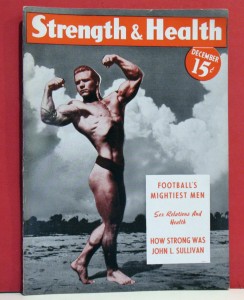 Above, John Grimek in 1937. The Basics Never Let John Down Monday was a crazy day for me in which I kept putting off my workout. One thing led to another and my idea became that of finding a way to train at The Underground Strength Gym in Edison. The gym was pumping and I had phone calls to return and things to organize. Do this, do that, get this done, get that done. Before ya know it.... … END_OF_DOCUMENT_TOKEN_TO_BE_REPLACED